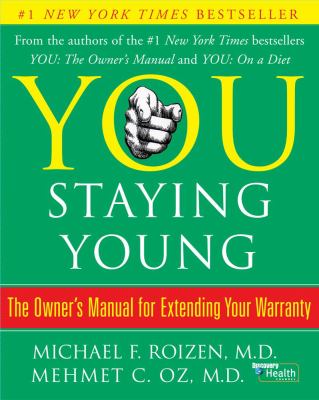 Chapter 1 Develop a Memorable Memory Our brains sure do have a way of messing with our minds. One moment, you can be spitting out the names of your entire third-grade class, the batting statistics from the 1974 St. Louis Cardinals, the color dress you wore to the eighth-grade Sadie Hawkins Day dance, or the entire script from your favoriteSeinfeldepisode. The next minute, you space on the name of your cat. Call them what you want -- senior moments, doomsday to dementia -- but the truth is that we all experience these neurological hiccups as we age. And we all wonder exactly what they mean. Some of us write them off to stress, fatigue, or some kind of neurological overload that's caused by the ogre who signs our paychecks, while others worry about whether a moment of forgetfulness means that we have a first-class ticket on the express train to Alzheimer's. No matter what we may think causes our decline in mental acuity, most people share a pretty big assumption about our gray matter: Either our brains are genetically determined to be Ginsu sharp for the duration, or we're eventually going to live life putting on our underwear last. That is, we believe that our genes, the very first Major Ager,completelycontrol our neurological destiny. That simply isn't true. While many diseases and conditions have genetic elements to them, memory conditions have some of the strongest genetic indicators. For example, a PET (positron-emission tomography) scan, which records images of the brain as it functions, reveals evidence of early Alzheimer's when it identifies that the brain is misusing energy. This abnormality is caused by illness of the mitochondria (more details on this Major Ager on page 48), which is genetically determined. But the truth is that even if your genes have decided to give you a life of serious forgetfulness, you do have the ability to control those genes so your mind is strong, your brain functions at full power, and you remember everything from the crucial details of your life to whether or not you turned off the oven -- even when your birthday candles reach triple digits. Plus, we have lots of data from twin studies saying that less than 50 percent of memory is inherited, meaning that if you get a head start on the action steps we're going to cover, you can alter how your genes are expressed. In the end, genetics loads the gun, but your lifestyle pulls the trigger. Clearly, the brain is the most complex organ in your body. In fact, if the brain were simpler, we wouldn't be smart enough to understand it. But we are. Think of your brain as the city's electrical grid. Your brain's nerve cells, or neurons, are constantly firing and receiving messages in much the same way that power plants send signals and homes and businesses receive them. Power may originate from a main source, but the connections then branch out every which way throughout the city. Your brain functions the same way: Messages are sent from one neuron to another across your neurological grid. When those neurons successfully communicate with one another through the sending and receiving of neurological impulses, your brain can file away your memories. But what happens when a storm, an accident, or a chainsaw-wielding hoodlum knocks out the power lines? You lose connections, so you lose power -- maybe to a particular neighborhood or maybe to a large segment of the city, depending on which ones got fried. Same goes for your brain. If something knocks out those neural connections, then small or large parts of your brain can experience a blackout, and you freak because you can't remember that you left the car keys on the back of the toilet. Certainly, many things can cause malfunctions in your neurological grid. Some are acute and immediate, like a concussion arising from a brain bruise. Others are more chronic, as in the case ofRoizen, Michael F. is the author of 'You Staying Young', published 2007 under ISBN 9780743292566 and ISBN 0743292561.