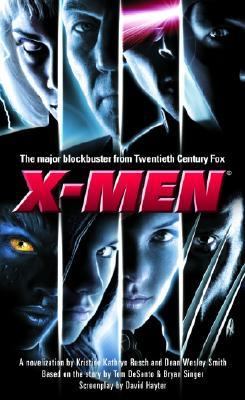 Washington, DC--One Year Later The cold of the winter day was long forgotten inside the Senate Hearing Room, as the packed bodies in the gallery and the heat from the television lights forced the temperature in the room up far above normal. Several of the senators, despite the intense media scrutiny of these hearings, had taken off their jackets. Many viewers in the balcony were fanning themselves with notebooks or loose paper. Professor Charles Xavier sat in his wheelchair near the center of the room, watching patiently. He could tell that the crowd was a very hostile one. He didn't need to read their minds to sense that. Their hostility clearly emerged with every action of the hearings' chairman, the flamboyant senator Robert Kelly. Kelly was a white-faced, white-haired man who was clearly using the hearings on mutant registration to propel his own career closer to the White House. And it seemed as though he had other demons that were driving him, though it wasn't quite clear to Professor Xavier what those demons were. At least not yet. In front of the hot room, at the witness table, sat Dr. Jean Grey. Even alone at the long wooden table, she had a commanding presence. A strong, good-looking woman in her early thirties, she had been called upon to explain to the Senate Hearing the basic science behind the emergence of mutants. Professor Xavier had helped her extensively with the drafting of her presentation. They had gone over it time and again so that it would be clear not only to the senators, but to the audience on the other side of the television cameras. And considering the hot-button interest the public had taken in the mutant registration law, there was no doubt her presentation would make the news. To many, mutants had proved ripe for persecution based on the long-standing tradition of fearing anything unknown. So the best defense, Jean and the professor had determined, was to help the regular people from middle America understand mutants and what they really were. The bigots like Senator Kelly would fold like wet tissue if public opinion shifted against them. But for the moment, the public was squarely against mutants. And the public was scared to death. Senator Kelly was a master of playing that to the hilt. "Lights, please?" Jean said. A few people murmured something about that help- ing the heat, at least. As the lights dimmed around him, the professor didn't need to shift in his wheelchair to watch the show. Instead he focused his gaze straight ahead and opened his mind, to let the feelings of those around him flow in, but only a little. Not enough to read their thoughts--just enough to gauge how reaction to the presentation was going. He could feel boredom and hostility. Jean had a very deep hole to climb out of, it seemed. They all did, if they were ever going to be accepted by society and defeat this registration law. "DNA," Jean said, spacing each letter as she started her presentation. "It is the basic building block of evolution. Changes in our DNA are the reason we have evolved from single-celled organisms to Homo sapiens." Figures on the screen showed the various stages of evolution, along with a graph displaying a diagonal line that indicated the ascent of the human animal: the evolution of man. One image took over the screen, focusing attention on the lowest order of humanoid: Homo habilis, a primitive apelike humanoid covered in thick hair. Around him, Professor Xavier could feel the crowd's interest increase, ever so slightly. And some revulsion emerged, as men and women confronted images of what they were descended from. "Within our DNA," Jean said, explaining what was happening on the screen, "are the genes that decide our physical characteristics. When these active genes mutate, we see changes in the body." The image onRusch, Kristine Kathryn is the author of 'X Men', published 2000 under ISBN 9780345440952 and ISBN 0345440951.