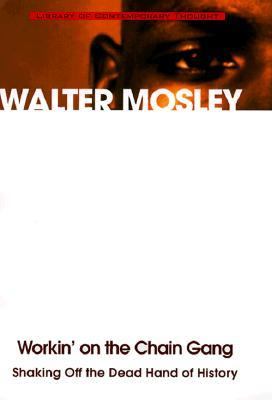 Slavery was outlawed in this country more than a century ago, but Americans still wear chains. Each one of us, black and white alike, is shackled by a system that values money over humanity, power over truth, conformity over creativity. Race has undeniably made the problem worse, but race is not the root of the problem. Indeed, as black novelist and activist Walter Mosley brilliantly argues in this impassioned call to arms, though the chains might be more recognizable in the lives of blacks, the same chains restrain us all. Only when we understand this truth can we beginblack and white togetherto cast off the shackles. Far from being a cause for celebration, the millennium, Mosley argues fiercely, should be the occasion for a frank reckoning with the real state of our society. We have the power to end starvation, but one-third of our children live in poverty. Our politics have degenerated into a multimillion-dollar game show ruled by two indistinguishable monopolies. We drug ourselves with television, sports, sex, apathy, and obsession with celebrity, while our cities rot and violence erupts in our schools. Why is this happening? Because we have allowed ourselves to be made into property, owned and controlled by an economic system in which "value" means only profit. "Some of us are cogs in the economic machine," writes Mosley, "others are ghosts, but it is the machine, not race or gender or even nationality, that drives us." But each one of us can work toward breaking off these chains. First by recognizing the truth of our historya history that is crucially informed by the black experience. Second by beginning to free ourselves from the noise, the often shallow, diverting entertainments, and an all-consuming economic system. The nation and its potentials are ours to command, but only if we work, individually and collectively, to cast off the chains of yesterday's politics and seize the freedoms that the future holds. Angry, original, and fearlessly honest, Workin' on the Chain Gang is a powerful examination of the American economic and political machine. No matter what your race, gender, politics, or beliefs, this is a book that will profoundly alter the way you thinkand the way you act.Mosley, Walter is the author of 'Workin' on the Chain Gang Shaking Off the Dead Hand of History', published 2000 under ISBN 9780345430694 and ISBN 0345430697.