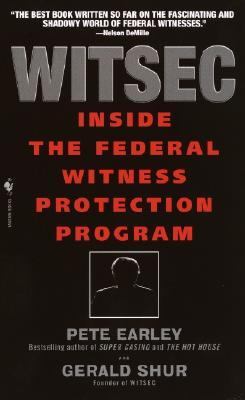 CHAPTER ONE Gerald Shur was fifteen when he came face-to-face with his first gangster. He was eating cheesecake with his father, Abraham Shur, in Lindy's restaurant in Manhattan when two men sauntered by their table. "Hello, Abe," one said as they passed. Shur's father nodded at him. "Who's that?" his curious son asked. "They're Johnny Dio's bodyguards," his father replied. "I know them from work." Abe Shur was a dress contractor in New York City's mob-infested garment district. His son recognized the name. John "Johnny Dio" Dioguardi was the mob's "labor expert." In the 1950s and early 1960s he controlled several unions for his Mafia boss, crime-family head Tommy "Three Finger Brown" Lucchese. Not long after this chance encounter, Shur read in the newspaper that labor columnist Victor Riesel had been attacked as he was leaving Lindy's by a man who threw sulfuric acid into his face, permanently blinding him. Riesel had been writing columns critical of Johnny Dio's cozy relationship with Teamsters union president Jimmy Hoffa, and although Johnny Dio was the prime suspect behind the attack, he was never prosecuted. Witnesses refused to testify, and Abraham Telvi, the punk who threw the acid, was found dead a few days later. He'd been executed on his knees with his hands and legs tied behind him. He had reportedly tried to blackmail Dio. When Gerald Shur would later think back about his childhood and try to pinpoint what had influenced him most, he would find three common strands: his loving parents, his Jewish faith, and organized crime. From the time he had started reading newspapers, Shur had been captivated by gangsters. No doubt, stories told by his father around the dinner table and by his favorite uncle, who was a successful attorney, fueled his interest. "My father hated the mob and what it did in a community, and he instilled in me at an early age a determination to become involved somehow in the fight against it." As a child, Shur idolized his father. Abraham Shur was a self-made man. He'd been only six months old in 1903 when he and his three siblings were brought to America by his parents, Russian Jews fleeing persecution. Forced to quit school at age eleven to help support the family, Abe had gone to work delivering dresses for a manufacturer and had gradually moved up the ranks until he became the general manager of the United Popular Dress Manufacturers' Association, a trade group that represented dressmakers in contract negotiations with the International Ladies' Garment Workers' Union. The 1930s were perilous times in labor relations, especially in Manhattan's steamy garment district. Mobster Louis Buchalter, better known as Louis Lepke, was at the peak of his power, having first seized control of the tailors' and cutters' unions. From there, he and his mobster pals beat and murdered their way into the bakery drivers' union, where they forced bakers to pay a penny-a-loaf "tax" if they wanted their products delivered fresh to stores. Lepke was one of the first mobsters to realize that if you controlled the trucks that moved goods, you could control an entire industry, and he put that knowledge to work by demanding extortion payments from hundreds of businesses. Police would later estimate that Lepke and his partners were collecting $10 million per year in payoffs from frightened businessmen. It was in this mob-run climate that Abe Shur cut his teeth as a labor negotiator. Gerald was born in 1933, the second son of Abe and Rose. His mother had been a secretary in a dressmaking company when Abe met and married her in 1927. Most of Shur's earliest childhood memories were set in Far Rockaway, then a small town in Queens, where the family moved in 1935. Gerald would recall happy times there playing games with his older brother, Walter, and helping his father pEarley, Pete is the author of 'Witsec Inside the Federal Witness Protection Program', published 2003 under ISBN 9780553582437 and ISBN 0553582437.