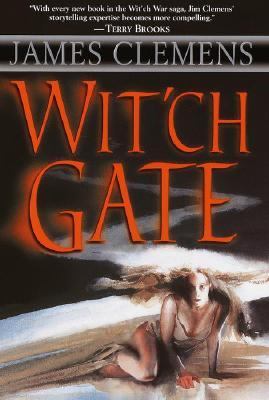 Elena found her throne an uncomfortable seat. It was a chair meant for someone harder and more age-worn than she. Its high, straight back was carved in twining roses, the thorns of which could be felt through her silk robe and dress. Even its seat was flat and unforgiving, polished ironwood with no pillow to soften its hard surface. For ages past, it had been the seat of power for A'loa Glen. Both kings and praetors had sat here in judgment, sea-hardened men who scowled at the comforts of life. Even its size was intimidating. Elena felt like a child in the wide and tall chair. There were not even armrests. Elena did not know what to do with her hands, so she ended up simply folding them in her lap. One step below her, though it might have been a league away for as much as they paid her any attention, was a long table crowded with representatives from every faction willing to fight the Gul'gotha. Elena knew what the majority here in the Great Hall thought of her. All they saw was a slim woman with pale skin and fiery hair. None noticed the pain in her eyes, nor the fearful knowledge of her own dread power. To them, she was a pretty bird on a perch. Elena brushed aside a strand of hair from her face. All along the length, voices cried to be heard in languages both familiar and strange. Two men on the far end were close to coming to blows. Among the throng, there were those Elena knew well, those who had helped wrest the island of A'loa Glen from the evil rooted here. The high keel of the Dre'rendi Fleet, still bearing his bandages from the recent war, bellowed his demands. Beside him, the elv'in queen, Meric's mother, sat stiffly, her long silver locks reflecting the torches' radiance, a figure of ice and fire. At her elbow, Master Edyll, an elder of the sea-dwelling mer'ai, tried continually to force peace and decorum amid the frequently raucous discourse. But for every familiar face, there were scores of others Elena knew only by title. She glanced down the long table of strangerscountless figureheads and foreign representatives, all demanding to be heard, all claiming to know what was best for the war to come with the Gul'gotha. Some argued for scorching the island and leaving for the coast; others wanted to fortify the island and let the Dark Lord destroy his armies on their walls; and still others wanted to take the fight to Blackhall itself, to take advantage of the victory here and destroy the Gul'gothal stronghold before the enemy could regather its scattered forces. The heated arguments and fervid debates had waged now for close to a moon. Elena glanced sidelong to Er'ril. Her sworn liegeman stood to the right of her seat, arms crossed, face a stern, unreadable mask. He was a carved statue of Standish iron. His black hair had been oiled and slicked back as was custom along the coast. His wintry eyes, the gray of early morning, studied the table. None could guess his thoughts. He had not added one word to the countless debates. But Elena noticed the tightness at the corners of his eyes as he stared. He could not fool her. He was growing as irritated as she at the bickering around the table. In over a fortnight, nothing had been decided. Since the victory of A'loa Glen, no consensus had been reached on the next step. While they argued, the days disappeared, one after the other. And still Er'ril waited, a knight at her side. With the Blood Diary in her hands, he had no other position. His role as leader and guide had ended. Elena sighed softly and glanced to her gloved hands. The victory celebration a moon ago now seemed like another time, another place. Yet as she sat upon her thorny throne, she remembered that long dance with Er'ril atop her tower. She remembered his touch, the warmth of his palm throughClemens, James is the author of 'Wit'ch Gate - James Clemens - Hardcover - 1 ED' with ISBN 9780345442444 and ISBN 034544244X.