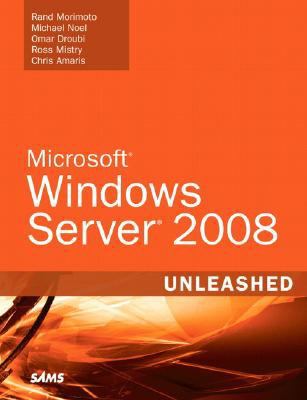 Introduction IntroductionWindows Server 2008 is the latest release of the Windows Server operating system. Over the years, it has evolved quite dramatically from the early days of Windows NT Server or even Windows 2000 Server. With the release of Windows 2008, Microsoft again has introduced a number of new technologies intended to help IT professionals improve their ability to provide network services to the clients they serve.I've had the opportunity to write a book on every version of Windows Server over the past dozen years, and when my coauthors and I set out to write this book, we wanted to once again provide you, the reader, with a lot of really valuable information. Not just marketing fluff that talks about features and functions, but to really dig down into the product and share with you best practices on planning, preparing, implementing, migrating, and supporting a Windows 2008 environment.Even though Windows 2008 released in early 2008, we've been fortunate enough to work with Windows Server Codename "Longhorn" since as early as 2005, so we've had almost three full years on an early adopter program. The thing about being involved with a product so early on is that our first experiences with Longhorn Server were without any documentation, Help files that provided guidance, or any shared experiences from others. We had to learn Longhorn Server from experience, usually the hard way, but that has given us a distinct advantage of knowing the product forward and backward better than anyone could ever imagine. And we started to implement Longhorn Server in production environments for a select group of our enterprise customers over a year before the product release--where organizations were depending on Longhorn Server to run key areas of their business.So, the pages of this book are filled with years of experience with Windows 2008, live production environment best practices, and fully updated RTM code specifics that will hopefully help you design, plan, prototype, implement, migrate, administer, and support your Windows 2008 environment!This book is organized into 11 parts, each part focusing on core Windows Server 2008 areas, with several chapters making up each part. The parts of the book are as follows:Part I: Windows Server 2008 Overview--This part provides an introduction to Windows 2008 not only to give a general technology overview, but also to note what is truly new in Windows 2008 that made it compelling enough for organizations to implement the technology in beta in production environments. We also cover basic planning, prototype testing, and migration techniques, as well as provide a full chapter on the installation of Windows 2008 as well as the new Server Core.Part II: Windows Server 2008 Active Directory--This part covers Active Directory planning and design. If you have already designed and implemented your Active Directory, you will likely not need to read through this section of the book in detail. However, you might want to look through the best practices at the end of each chapter because we highlight some of the tips and tricks new to Windows 2008 that are different from Windows 2000/2003. You might find that limitations or restrictions you faced when designing and implementing Windows 2000/2003 and Active Directory have now been revised. Topics such as federated forests, lightweight directory services, and identity lifecycle management capabilities might be of interest.Part III: Networking Services--This part covers DNS, DHCP, domain controllers, IPv6, and IIS from the perspective of planning, integrating, migrating, and coexisting. Again, just like in Part II, you might find the Notes, Tips, and best practices to have valuable information on features that are new in Windows 2008; they migMorimoto, Rand is the author of 'Windows Server 2008 Unleashed', published 2008 under ISBN 9780672329302 and ISBN 0672329301.