Why Can't You Shut Up? How We Ruin Relationships-How Not to 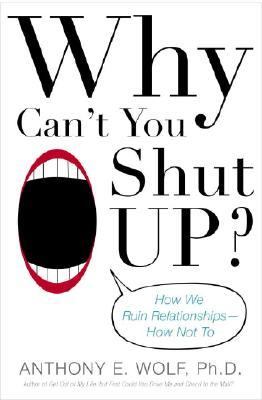 1. Nick The day begins in the middle of the night. I am not paying attention to anything but the bass in my hand, the noise in my ears. Dev is screaming, Thom is flailing, and I am the clockwork, I am the one who takes this thing called music and lines it up with this thing called time. I am the ticking, I am the pulsing, I am underneath every part of this moment. We don't have a drummer. Dev has thrown off his shirt and Thom is careening into feedback and I am behind them, I am the generator. I am listening and I am not listening because what I'm playing isn't something I'm thinking about, it's something I'm feeling all over. All eyes are on us. Or at least that's what I can imagine in my stageblindness. It's a small room and we're a big noise and I am the nonqueer bassist in a queercore band who is filling the room with undertone as Dev sing-screams, Fuck the Man / Fuck the Man / I really want to / Fuck the Man. I am punctuating and I am puncturing and I am punching the air with my body as my fingers press hard into the chords. Sweat, malice, and hunger pour from me. This is release, or maybe it's just a plea for release. Dev is wailing now and Thom is crashing and even though my feet don't move I am traveling hard. I look past the light and see people shaking, people jumping around, people watching as Dev takes the microphone into his mouth and keeps yelling the words. I throw the chords at them, I drench them in the soundwaves, I am making time so loud that they have to hear it. I am stronger than words and I am bigger than the box I'm in, and then I see her in the crowd and I fall apart. I fucking told her not to come. While she was busy ripping me into pieces, that was the one fragment I begged to keep. Please don't come to the shows. I don't want to see you there. And she had said yes, and it hadn't been a lie then. But it turned into a lie at some point, because here she is, and my fingers are losing their place, and my buzz is losing its edge, and everything about me goes from crying out to just plain cryingall in the time it takes for me to see the shape of her lips. And then I seeoh fuck nothat she's not alone, that she's with some guy, and while she'll say she's come to watch me, there's no doubt in my mind that she's come so I can watch her. It's over, she'd said, and wasn't that the biggest lie of all? I am stumbling through the notes and Dev is onto the next verse and Thom is playing a little faster than he should, so I have to catch up as she leans into this guy and rocks her head like I'm making this music for her, when if I could, I would take it all away and give her as much silence as she's given me pain. I try to keep up with Dev and Thom. We're called The Fuck Offs tonight, but that's a new name and it'll probably only last three gigs before Dev comes up with another. We've already been Porn Yesterday, The Black Handkerchiefs, The Vengeful Hairdressers, and None Of Your Business. I don't really use my vote, except to veto Dev's stupider ideas. ("Dude," I had to tell him, "nobody wants to see a band called Dickache.") Dev's out to pierce the pierced, tattoo the tattooed, and have his way with the messy punk boys who come to our shows not knowing they'll end up wanting to mess around with the guy challenging How big is your cocker spaniel? into the mic. Dev's from a town in Jersey called Lodi, and that makes perfect sense to me, since he's nothing if not an idol in reverse. Thom's from South OraWolf, Anthony E. is the author of 'Why Can't You Shut Up? How We Ruin Relationships-How Not to', published 2006 under ISBN 9780345460936 and ISBN 0345460936.