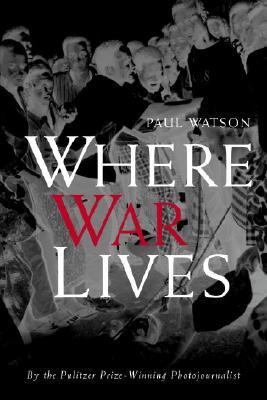 I was sitting in a friend's room at the Grand Hotel [in Pristina, Kosovo], scanning the chill night sky through an open window when the air strikes started with the pinpoint timing of liftoff, bang on the hour of 8 p.m. on March 24, 1999. The first strike, from a bomb or a cruise missile, announced itself with a bright orange flash about a mile outside Pristina, where the Marshal Tito Army Barracks were located. Then a second explosion sent a tremor rattling through the windowpane. An ambulance raced past, blue emergency lights flashing, siren wailing. At 8:10, a shuddering boom, and suddenly the city fell dark and silent. Through the night, bombs hammered the barracks, spewing great clouds of fiery sparks into the blackness. Some of the explosions were so powerful that the blast waves, after travelling several miles in seconds, felt like a puff of warm breeze as they gently lifted the hotel curtains. The talking was over. Like an overweight boxer trying for the knockout punch, NATO had telegraphed its attack well in advance. The threat was supposed to make Milosevic back down without a fight. NATO insisted it only wanted to stop "ethnic cleansing," but Milosevic suspected a plot to break up what was left of his country and remove him from power. His commanders had prepared for the worst and dispersed their forces and equipment, camouflaging real hardware and deploying ingenious decoys to fool the pilots, in ways that would have made Tito's partisans proud. In small towns across Kosovo, hulking Yugoslav army tanks were backed into narrow alleyways between houses and shops, with barely an inch to spare on either side, where overhanging roofs cloaked them from prowling NATO warplanes. When dense fog rolled in each morning in the war's early days, the Serbs saw it as God's own camouflage and their armour roamed free through the countryside. Teams of soldiers were sent out into the fields to hammer together bits of wood and plastic tarps, with long protruding pipes meant to look like menacing barrels to pilots searching for targets from fifteen thousand feet. Driving by the decoys, I thought they looked foolish, like junkyard jungle gyms. But in NATO's daily slide show for journalists in Brussels, the blasted remnants of these phony weapons appeared along with other "kills" on colourful maps that tallied the alliance's relentless progress. Meanwhile, back at the war, Serbian thugs had little to fear. Since NATO had also made it clear that no ground troops were coming, largely at Clinton's insistence, the bombs and cruise missiles only fuelled the Serbian terror against civilians. Foreign journalists got a hint of it on the first night. As the bombs fell, gunmen worked the Grand's dingy hallways, beating on flimsy wooden doors with their rifle butts. They herded a Spanish TV crew against a wall and fired a bullet near one of the crew member's heads. By the time the goons reached my room, I was lying in the darkness on my bed, listening to the explosions. They were distant then, and slightly soothing, like an August thunderstorm rolling off in retreat. The pounding on my door was so angry that my heart skipped a beat. I held my breath and lay still. The hammering stopped and a drunken voice shouted something indecipherable. I slipped as quietly as I could to the floor, trying to hide behind the bed. The rifle butt hit the door harder and it sounded ready to splinter. But then I heard the voice receding down the hallway and the battering resumed at someone else's door. It was a lesson that would serve me well: when the knock comes, don't answer. I awoke to anarchy. After a night's bombing, the Serbs were really riled. Masked gunmen were seizing journalists' armoured cars, and while I fantasized briefly about mine being full of SerbWatson, Paul is the author of 'Where War Lives', published 2007 under ISBN 9780771088223 and ISBN 0771088221.

4 from $8.90
Loading marketplace prices 4 copies from $8.90 How does the rental process work?
View more