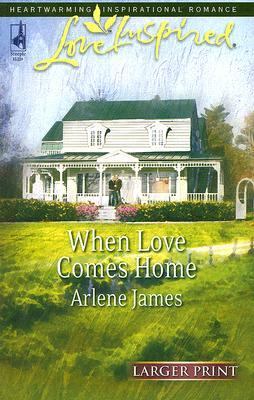 Grady frowned across the desk at his older brother and fought the urge to fold his arms in an act of pure defiance. It wasn't just that Dan expected Grady to spend Thanksgiving traveling for business but that he expected him to do it with Paige Ellis. Pretty, petite Paige made Grady feel even more hulking and awkward than usual. It didn't help that Dan might have just stepped out of the pages of a men's fashion magazine. Slender and sleek, his dark hair having long since gone to silver, Dan served as a perfect contrast to his much larger--and much less dapper--younger brother. Dan was elegant, glittering silver compared to Grady's dull-as-sand brown. Dan's white shirt looked as if it had just come off the ironing board, while Grady's might have just come off the floor. The navy pinstripes in Dan's expertly knotted burgundy tie perfectly matched his hand-tailored suit. Grady's chocolate-brown neckwear, on the other hand, somehow clashed with a suit that he'd once thought brown but now seemed a dark, muddy green. The only thing the Jones brothers seemed to share, besides their parents and a law practice, were eyes the vibrant blue of a perfect spring sky. Grady considered them wasted in the heavily featured expanse of his own square-jawed face. "It's not as if you'd enjoy the holiday anyway," Dan was saying. Grady grimaced, conceding the point. Okay, he wasn't eagerly anticipating another chaotic feast at Dan's place in Bentonville. Why would he? A fellow couldn't even watch a good football game without one of his three nieces or sister-in-law interrupting every other minute. "I didn't say I wouldn't do it," he grumbled. "I said the timing stinks." No one wanted to spend a major holiday flying from Arkansas to South Carolina, but for Grady the task seemed especially disagreeable because it involved a woman and a kid. Grady did not relate well to women, as his ex-wife had been fond of pointing out. She had contended that it had to do with losing his mother at such a young age, and no doubt she was right about that. He always felt inept and stupid in female company, never quite knowing what to say. As for children, well, he hadn't known any, except for his nieces, and he'd pretty much kept his distance from them. These days their adolescent behavior made him feel as if he'd stumbled into an alternate universe. Besides, family law was Dan's forte, not Grady's. Give him a good old bare-knuckle brawl of a lawsuit or a complicated legal trust to craft. Even criminal defense work was preferable to prenups, divorces and custody cases, though he hadn't done much criminal defense since he'd left Little Rock. After his marriage had failed he'd come back home to Fayetteville and the general practice established by his and Dan's father, Howard. "The timing could be better," Dan agreed, "but it is what it is." Grady made a face and propped his feet on the corner of his brother's expansive cherrywood desk with a nonchalance he definitely was not feeling. "You're the attorney of record," he pointed out. "You should do this." Dan had worked every angle on this case from day one. By rights, he ought to be there at the moment of fruition. But Dan had a family who wanted him at the dinner table on Thanksgiving. And Grady had no feasible excuse for not stepping in, even at the last minute. "Trust me," Dan said, "Paige isn't going to complain." Paige Ellis had doggedly pursued her ex after he'd disappeared with her son nearly three and a half years ago. Now the boy had been found and was waiting in custody of the state of South Carolina to be reunited with his mother. Grady was glad for her. He just wished he didn't have to be the one to shepherd her through this reunion. The petite, big-eyed blonde made Grady especially uncomfortable, despite the fact that they hadn't exchanged half a dozen words in the three years or so that she'd been a client of their law firm. "You'll wanJames, Arlene is the author of 'When Love Comes Home ', published 2007 under ISBN 9780373812950 and ISBN 0373812957.