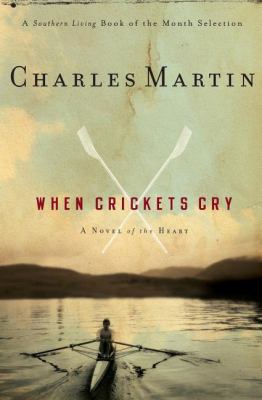 Prologue ; I pushed against the spring hinge, cracked open the screen door, and scattered two hummingbirds fighting over my feeder. The sound of their wings faded into the dogwood branches above, and it was there that the morning met me with streaks of sunkist cracking across the skyline. Seconds before, God had painted the sky a mixture of black and deep blue, then smeared it with rolling wisps of cotton and sprayed it with specks of glitter, some larger than others. I turned my head sideways, sort of corkscrewing my eyes, and decided that heaven looked like a giant granite countertop turned upside down and framing the sky. Maybe God was down here drinking His coffee too. Only difference was, He didn't need to read the letter in my hand. He already knew what it said. ; ; Below me the Tallulah River spread out seamlessly into Lake Burton in a sheet of translucent, unmoving green, untouched by the antique cutwaters and Jet Skis that would split her skin and roll her to shore at 7:01 a.m. In moments, God would send the sun upward and westward where it would shine hot, and where by noon the glare off the water would be painful and picturesque. ; I stepped off the back porch, the letter clutched in my hand, and picked my barefoot way down the stone steps to the dock. I walked along the bulkhead, felt the coolness of the mist rising on my legs and face, and climbed the steps leading to the top of the dockhouse. I slid into the hammock and faced southward down the lake, looking out over my left knee. I looped my finger through the small brass circle tied to the end of a short string and pulled gently, rocking myself. ; If God was down here drinking His coffee, then He was on his second cup, because He'd already Windexed the sky. Only the streaks remained. ; Emma once told me that some people spend their whole lives trying to outrun God, maybe get someplace He's never been. She shook her head and smiled, wondering why. Trouble is, she said, they spend a lifetime searching and running, and when they arrive, they find He's already been there. ; I listened to the quiet but knew it wouldn't last. In an hour the lake would erupt with laughing kids on inner tubes, teenagers in Ski Nautiques, and retirees in pontoon boats, replacing the Canadian geese and bream that followed a trail of Wonder Bread cast by an early morning bird lover and now spreading across the lake like the yellow brick road. By late afternoon, on the hundreds of docks stretching out into the lake, charcoal grills would simmer with the smell of hot dogs, burgers, smoked oysters, and spicy sausage. And in the yards and driveways that all leaned inward toward the lake's surface like a huge salad bowl, folks of all ages would tumble down Slip'n Slides, throw horseshoes beneath the trees, sip mint juleps and margaritas along the water's edge, and dangle their toes off the second stories of their boathouses. By 9:00 p.m., most every homeowner along the lake would launch the annual hour-long umbrella of sonic noise, lighting the lake in flashes of red, blue, and green rain. Parents would gaze upward; children would giggle and coo; dogs would bark and tug against their chains, digging grooves in the back sides of the trees that held them; cats would run for cover; veterans would remember; and lovers would hold hands, slip silently into the out coves, and skinny-dip beneath the safety of the water. Sounds in the symphony of freedom. ; It was Independence Day. ; Unlike the rest of Clayton, Georgia, I had no fireworks, no hot dogs, and no plans to light up the sky. My dock would lie quiet and dark, the grill cold with soot, old ashes, and spiderwebs. For me, freedom felt distant. Like a smell I once knew but could no longer place. If I could, I would have slept through tMartin, Charles is the author of 'When Crickets Cry ', published 2006 under ISBN 9781595540546 and ISBN 1595540547.