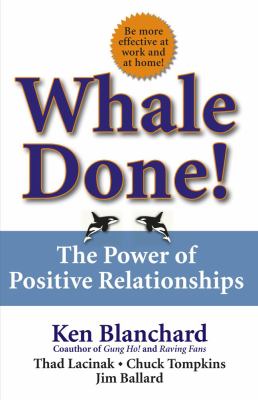 Chapter One How do theydothat?A collective gasp rose from a crowd of over three thousand spectators as they thrilled to the amazing performances of leaping killer whales. It was another show in Shamu Stadium at SeaWorld. All eyes in the grandstand were glued to the huge animals and their trainers, so no one noticed the wide range of emotions reflected in the face of a man in khakis and a blue shirt who sat in their midst. Each time the crowd exploded in applause and cheers as the animals performed one of their spectacular feats, the man's eyes would sparkle with surprise and delight. At other times his face would cloud over and his eyes assume a faraway look.Wes Kingsley had come to Orlando to attend a business conference. Since the schedule left room for conferees to relax, play golf, or visit one of the area's attractions, he had decided that a visit to the world-famous marine zoological park would help him forget his troubles for a time.He was glad he had made that decision. Earlier, along with throngs of other people eagerly crowding the huge stadium, he had taken his seat above the blue waters of the large main pool. Following a welcome and a review of safety rules by an animal trainer, a mysterious fog had begun to shroud the surface of the pool. From behind and above them, the crowd heard the scream of a fish eagle. The mighty bird suddenly swooped over their heads, dove toward the pool, and took a lure from the misty waters. As it flew away, huge black dorsal fins broke the surface, and onlookers caught their breath when they saw monstrous black shapes circling deep in the pool. A wet-suit-clad trainer came through the mists paddling a kayak, to be instantly surrounded by the fins of enormous killer whales.Following this dramatic opening, the crowd witnessed a series of astonishing acrobatic leaps and dives by a trio of whales -- a 10,000-pound male and two 5,000-pound females. These marine mammals, among the most feared predators in the ocean, waved their pectoral fins to the audience, allowed trainers to "surf" the pool by balancing on their back, and with sweeps of their great tails splashed the first ten rows of spectators with cold water. The roars of laughter, the oohs and aahs, and the thunderous applause attested to the crowd's enjoyment.Wes Kingsley also found himself entranced by the spectacle unfolding before him. By the finale, when the three finny costars hiked their gleaming black-backed and white-bellied bodies up onto a raised section of the pool to take some well-deserved bows, he had scribbled several entries in a small notebook.As people exited the stadium, scores of them were still dripping from the soaking they'd happily received sitting in the "splash zone" of the first ten rows. Despite this -- or perhaps because of it -- their faces sparkled with smiles. Still in his seat in an upper row of the emptying stands, Wes Kingsley remained staring down into the pool. Its blue depths, recently awash with great waves but now still, seemed to echo his mood.After the crowd had left and the place was quiet, an underwater gate opened and a giant black form moved into the pool and began circling it. A trainer came through a door and strolled out onto the lip of the pool, and the huge killer whale immediately swam over to him. "Nice going, big guy," he said, stroking its head. "Enjoy your playtime. You earned it." As the trainer rose and walked along the pool's edge, the whale moved with him. It seemed to be trying to stay as close to him as possible.The blue-shirted man in the stands shook his head and thought to himself,You'd think that after doing a whole show that whale would hoard its free time. But what does it want to do? Play with the trainer!A question was forming in the man's mind, a need to know that had been building up in him ever since the start of the show. He had an impulse to go down there and ask the trainer that question,Thad Lacinak is the author of 'Whale Done!: The Power of Positive Relationships', published 2002 under ISBN 9780743235389 and ISBN 074323538X.