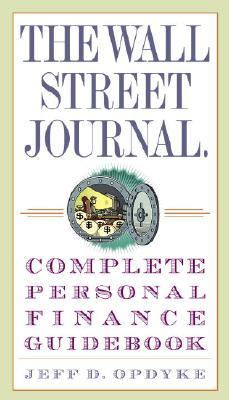 CHAPTER 1 Banking Banks don't come in thirty-one flavors, but numerous varieties exist for what consumers call "banks": nationally and state chartered, commercial, community, federal, merchant, thrifts, savings and loans, building and loans, bank and trusts, credit unionsthe list goes on. Whatever they're called, the basic business of banking is universal: Banks take in your deposits and, in return, pay you some rate of interest. They then turn around and take the very same money you deposited, combine it with deposits from other folks, and lend the money to your neighbor, charging that borrower a higher rate of interest than the bank charges you. The difference between those two interest ratesthe so-called spreadis where banks generally make their money. Businesses deal with commercial banks; consumers deal with retail banks, though in practice many banks service both clients. In 2005 the nation's largest bank was New Yorkbased Citigroup Inc., which provides both commercial and retail banking services and which had total assets of nearly $1.5 trillion. Seattle-based Washington Mutual Inc. was the largest thrift, a consumer operation, with $308 billion in assets, three times larger than its nearest competitor. Retail banks exist to provide an assortment of products that represent some of the first and most basic personal finance tools for consumers. In the past, savers could stop by just about any local bank and sign up for services that weren't terribly different from the bank down the street. Today, the savviest consumers shop aroundboth locally and onlinesince all banks offer different rates and fees for the various savings, lending and credit products they offer. Not every bank peddles the same line-up of products, while others, though they might feature some particular service, aren't trying to make a big business in that arena and, thus, price the service so that it's not particularly attractive to most consumers. Savings Accounts Think back on childhood: A savings account, aside from a piggy bank, was likely your first encounter with real personal finance, and it probably came with a little passbook in which the bank teller recorded your meager deposits. Mom and Dad, maybe your grandparents, opened a savings account for you and stuck a few dollars in there, probably taking the opportunity to tell you about compounding interest, which, at that age, likely generated about as much excitement as Brussels sprouts. Savings accounts are the most basic banking accountsa place to park your cash and draw interest. Minimum account balances are typically low, sometimes just $5, and the interest rate is equally low, often the lowest among all savings products. But the accounts are FDIC insured and, therefore, "safe"meaning the full faith and credit of the United States government protects your account against the loss of even a single penny, up to the federal limit of $100,000. Savings accounts, in their various forms, are where you want to park money if you expect to need it relatively soonlike when buying a houseor when you cannot afford to risk losing any of the cash. Aside from the basic passbook accountyes, old-fashioned as they are they still exist at some banksother types of savings accounts include certificates of deposit and money-market accounts; more on both of these in a moment. Typically, the best interest rates are found online by searching Web sites such as www.bankrate.com. MONEY MARKET ACCOUNTS Think of these as savings accounts on mild steroids. Your money is invested in what is literally known as the "money market"a vast market of ultra-shOpdyke, Jeff D. is the author of 'Wall Street Journal. Complete Personal Finance Guidebook ', published 2006 under ISBN 9780307336002 and ISBN 030733600X.