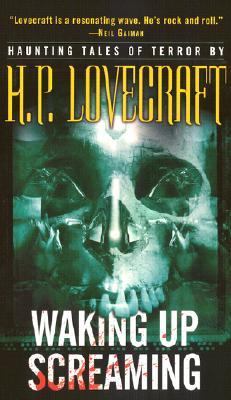 Cool Air You ask me to explain why I am afraid of a draught of cool air; why I shiver more than others upon entering a cold room, and seem nauseated and repelled when the chill of evening creeps through the heat of a mild autumn day. There are those who say I respond to cold as others do to a bad odour, and I am the last to deny the impression. What I will do is to relate the most horrible circumstance I ever encountered, and leave it to you to judge whether or not this forms a suitable explanation of my peculiarity. It is a mistake to fancy that horror is associated inextricably with darkness, silence, and solitude. I found it in the glare of midafternoon, in the clangour of a metropolis, and in the teaming midst of a shabby and commonplace rooming-house with a prosaic landlady and two stalwart men by my side. In the spring of 1923 I had secured some dreary and unprofitable magazine work in the city of New York; and being unable to pay any substantial rent, began drifting from one cheap boarding establishment to another in search of a room which might combine the qualities of decent cleanliness, endurable furnishings, and very reasonable price. It soon developed that I had only a choice between different evils, but after a time I came upon a house in West Fourteenth Street which disgusted me much less than the others I had sampled. The place was a four-story mansion of brownstone, dating apparently from the late forties, and fitted with woodwork and marble whose stained and sullied splendour argued a descent from high levels of tasteful opulence. In the rooms, large and lofty, and decorated with impossible paper and ridiculously ornate stucco cornices, there lingered a depressing mustiness and hint of obscure cookery; but the floors were clean, the linen tolerably regular, and the hot water not too often cold or turned off, so that I came to regard it as at least a bearable place to hibernate till one might really live again. The landlady, a slatternly, almost bearded Spanish woman named Herrero, did not annoy me with gossip or with criticisms of the late-burning electric light in my third-floor front hall room; and my fellow-lodgers were as quiet and uncommunicative as one might desire, being mostly Spaniards a little above the coarsest and crudest grade. Only the din of street cars in the thoroughfare below proved a serious annoyance. I had been there about three weeks when the first odd incident occurred. One evening at about eight I heard a spattering on the floor and became suddenly aware that I had been smelling the pungent odour of ammonia for some time. Looking about, I saw that the ceiling was wet and dripping; the soaking apparently proceeding from a corner on the side toward the street. Anxious to stop the matter at its source, I hastened to the basement to tell the landlady; and was assured by her that the trouble would quickly be set right. "Doctair Munoz," she cried as she rushed upstairs ahead of me, "he have speel hees chemicals. He ees too seeck for doctair heemself-seecker and seecker all the time-but he weel not have no othair for help. He ees vairy queer in hees seeckness-all day he take funnee-smelling baths, and he cannot get excite or warm. All hees own housework he do-hees leetle room are full of bottles and machines, and he do not work as doctair. But he was great once-my fathair in Barcelona have hear of heem-and only joost now he feex a arm of the plumber that get hurt of sudden. He nevair go out, only on roof, and my boy Esteban he breeng heem hees food and laundry and mediceens and chemicals. My Gawd, the sal-ammoniac that man use for keep heem cool!" Mrs. Herrero disappeared up the staircase to the fourth floor, and I returned to my room. The ammonia ceased to drip, and as I cleaned up what had spilled and opened the window for air, I heard the landlady's heavy footsteps above me. Dr. Munoz I had never heard, save foLovecraft, H. P. is the author of 'Waking Up Screaming Haunting Tales of Terror', published 2003 under ISBN 9780345458292 and ISBN 034545829X.