Voice That Is Great Within Us 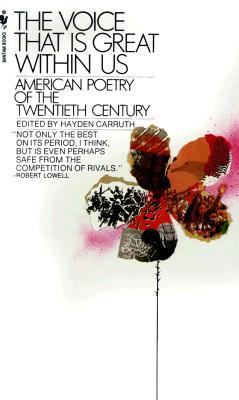 ROBERT FROST (1875-1963) Born in San Francisco, Frost moved to New England ten years later upon the death of his father, and in effect remained there the rest of his life, becoming the New Englander par excellence of his age. Yet his early life was not notably successful. Twice interrupted in attempts to secure a college degree, he farmed for a while in New Hampshire, worked as a mill hand, a schoolteacher, a newspaperman. His first poem was published in 1894; but during the next twenty years his work was consistently rejected by American editors. Finally, discouraged but still determined, Frost went to England in 1912, and there won the support of influential poets and critics, including Ezra Pound. His first two books,A Boy's Will(1913) andNorth of Boston(1914), were published in London. In 1915 he returned to America. Thereafter his success was unquestioned: he won many honors, including four Pulitzer Prizes for poetry, and became not only the most popular serious poet in the country but one of the most generally respected among fellow writers. Frost's poetic practice was based on what he called "sentence sounds," the natural tones and rhythms of speech cast loosely against standard poetic forms. Conventional as it may seem today, it was a new departure in its time, making Frost a distinctly modern poet. Similarly his combination of Emersonian spiritual aspiration with back-country Yankee pragmatism placed him squarely among his contemporaries, to whom his metaphysically probing Iyrics and narratives, sometimes cynical or playful but often genuinely anguished, spoke with force. These factors, together with his superb poetic gift, make him dominant in the American tradition, a figure with whom younger poets, even the most rebellious, must come to terms. Complete Poems of Robert Frost. Holt, Rinehart & Winston, 1949 ff. MENDING WALL Something there is that doesn't love a wall, That sends the frozen-ground-swell under it, And spills the upper boulders in the sun; And makes gaps even two can pass abreast. The work of hunters is another thing: I have come after them and made repair Where they have left not one stone on a stone, But they would have the rabbit out of hiding, To please the yelping dogs. The gaps I mean, No one has seen them made or heard them made, But at spring mending-time we find them there. I let my neighbor know beyond the hill; And on a day we meet to walk the line And set the wall between us once again. We keep the wall between us as we go. To each the boulders that have fallen to each. And some are loaves and some so nearly balls We have to use a spell to make them balance: 'Stay where you are until our backs are turned!' We wear our fingers rough with handling them. Oh, just another kind of outdoor game, One on a side. It comes to little more: There where it is we do not need the wall: He is all pine and I am apple orchard. My apple trees will never get across And eat the cones under his pines, I tell him. He only says, 'Good fences make good neighbors.' Spring is the mischief in me, and I wonder If I could put a notion in his head: 'Whydo they make good neighbors? Isn't it Where there are cows? But here there are no cows. Before I built a wall I'd ask to know What I was walling in or walling out, And to whom I was like to give offense. Something there is that doesn't love a wall That wants it down.' I could say 'E1ves' to him, But it's not elves exactly, and I'd rather He said it for himself. I see him there Bringing a stone grasped firmly by the top In each hand, like an old-stone savage armed. He moves in darkness as it seems to me, Not of woods only and the shade of trees. He will not go behind his father's saying, And he likes having thought of it so well He says again, 'Good fenceCarruth, Hayden is the author of 'Voice That Is Great Within Us', published 1983 under ISBN 9780553262636 and ISBN 0553262637.