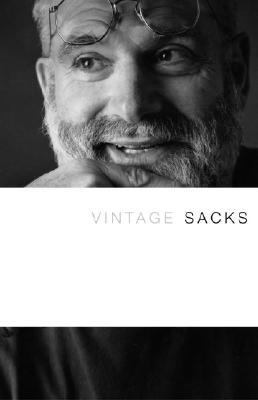 Uncle Tungsten Many of my childhood memories are of metals: these seemed to exert a power on me from the start. They stood out, conspicuous against the heterogeneousness of the world, by their shining, gleaming quality, their silveriness, their smoothness and weight. They seemed cool to the touch, and they rang when they were struck. I loved the yellowness, the heaviness, of gold. My mother would take the wedding ring from her finger and let me handle it for a while, as she told me of its inviolacy, how it never tarnished. "Feel how heavy it is," she would add. "It's even heavier than lead." I knew what lead was, for I had handled the heavy, soft piping the plumber had left one year. Gold was soft, too, my mother told me, so it was usually combined with another metal to make it harder. It was the same with copper-people mixed it with tin to produce bronze. Bronze!-the very word was like a trumpet to me, for battle was the brave clash of bronze upon bronze, bronze spears on bronze shields, the great shield of Achilles. Or you could alloy copper with zinc, my mother said, to produce brass. All of us-my mother, my brothers, and I-had our own brass menorahs for Hanukkah. (My father had a silver one.) I knew copper, the shiny rose color of the great copper cauldron in our kitchen-it was taken down only once a year, when the quinces and crab apples were ripe in the garden and my mother would stew them to make jelly. I knew zinc: the dull, slightly bluish birdbath in the garden was made of zinc; and tin, from the heavy tinfoil in which sandwiches were wrapped for a picnic. My mother showed me that when tin or zinc was bent it uttered a special "cry." "It's due to deformation of the crystal structure," she said, forgetting that I was five, and could not understand her-and yet her words fascinated me, made me want to know more. There was an enormous cast-iron lawn roller out in the garden-it weighed five hundred pounds, my father said. We, as children, could hardly budge it, but he was immensely strong and could lift it off the ground. It was always slightly rusty, and this bothered me, for the rust flaked off, leaving little cavities and scabs, and I was afraid the whole roller might corrode and fall apart one day, reduced to a mass of red dust and flakes. I needed to think of metals as stable, like gold-able to stave off the losses and ravages of time. I would sometimes beg my mother to take out her engagement ring and show me the diamond in it. It flashed like nothing I had ever seen, almost as if it gave out more light than it took in. She would show me how easily it scratched glass, and then tell me to put it to my lips. It was strangely, startlingly cold; metals felt cool to the touch, but the diamond was icy. That was because it conducted heat so well, she said-better than any metal-so it drew the body heat away from one's lips when they touched it. This was a feeling I was never to forget. Another time, she showed me how if one touched a diamond to a cube of ice, it would draw the heat from one's hand into the ice and cut straight through it as if it were butter. My mother told me that diamond was a special form of carbon, like the coal we used in every room in winter. I was puzzled by this-how could black, flaky, opaque coal be the same as the hard, transparent gemstone in her ring? I loved light, especially the lighting of the shabbas candles on Friday nights, when my mother would murmur a prayer as she lit them. I was not allowed to touch them once they were lit-they were sacred, I was told, their flames were holy, not to be fiddled with. I was mesmerized by the little cone of blue flame at the candle's center-why was it blue? Our house had coal fires, and I would often gaze into the heart of a fire, watching it go from a dim red glow to orange, to yellow, and then I would blow on it with the bellows until it glowed almostSacks, Oliver is the author of 'Vintage Sacks', published 2004 under ISBN 9781400033973 and ISBN 1400033977.