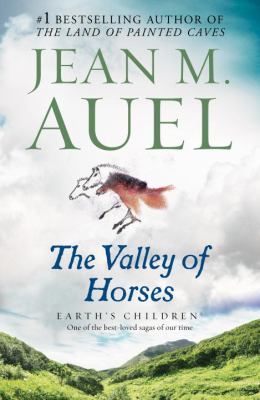 Chapter 1 She was dead. What did it matter if icy needles of freezing rain flayed her skin raw. The young woman squinted into the wind, pulling her wolverine hood closer. Violent gusts whipped her bearskin wrap against her legs. Were those trees ahead? She thought she remembered seeing a scraggly row of woody vegetation on the horizon earlier, and wished she had paid more attention, or that her memory was as good as that of the rest of the Clan. She still thought of herself as Clan, though she never had been, and now she was dead. She bowed her head and leaned into the wind. The storm had come upon her suddenly, hurtling down from the north, and she was desperate for shelter. But she was a long way from the cave, and unfamiliar with the territory. The moon had gone through a full cycle of phases since she left, but she still had no idea where she was going. North, to the mainland beyond the peninsula, that was all she knew. The night Iza died, she had told her to leave, told her Broud would find a way to hurt her when he became leader. Iza had been right. Broud had hurt her, worse than she ever imagined. He had no good reason to take Durc away from me, Ayla thought. He's my son. Broud had no good reason to curse me, either. He's the one who made the spirits angry. He's the one who brought on the earthquake. At least she knew what to expect this time. But it happened so fast that even the clan had taken a while to accept it, to close her out of their sight. But they couldn't stop Durc from seeing her, though she was dead to the rest of the clan. Broud had cursed her on impulse born of anger. When Brun had cursed her, the first time, he had prepared them. He'd had reason; they knew he had to do it, and he'd given her a chance. She raised her head to another icy blast, and noticed it was twilight. It would be dark soon, and her feet were numb. Frigid slush was soaking through her leather foot coverings despite the insulating sedge grass she had stuffed in them. She was relieved to see a dwarfed and twisted pine. Trees were rare on the steppes; they grew only where there was moisture enough to sustain them. A double row of pines, birches, or willows, sculptured by wind into stunted asymmetrical shapes, usually marked a watercourse. They were a welcome sight in dry seasons in a land where groundwater was scarce. When storms howled down the open plains from the great northern glacier, they offered protection, scant though it was. A few more steps brought the young woman to the edge of a stream, though only a narrow channel of water flowed between the ice-locked banks. She turned west to follow it downstream, looking for denser growth that would give more shelter than the nearby scrub. She plodded ahead, her hood pulled forward, but looked up when the wind ceased abruptly. Across the stream a low bluff guarded the opposite bank. The sedge grass did nothing to warm her feet when the icy water seeped in crossing over, but she was grateful to be out of the wind. The dirt wall of the bank had caved in at one place, leaving an overhang thatched with tangled grass roots and matted old growth, and a fairly dry spot beneath. She untied the waterlogged thongs that held her carrying basket to her back and shrugged it off, then took out a heavy aurochs hide and a sturdy branch stripped of twigs. She set up a low, sloping tent, held down with rocks and driftwood logs. The branch held it open in front. She loosened the thongs of her hand coverings with her teeth. They were roughly circular pieces of fur-lined leather, gathered at the wrist, with a slit cut in the palms to poke her thumb or hand through when she wanted to grasp something. Her foot coverings were made the same way, without the slit, and she struggled to untie the swollen leather laces wrapped around her ankles. She was careful to salvage the wet sedge grass when she removed them. She lAuel, Jean M. is the author of 'Valley of Horses', published 2002 under ISBN 9780553381665 and ISBN 0553381660.