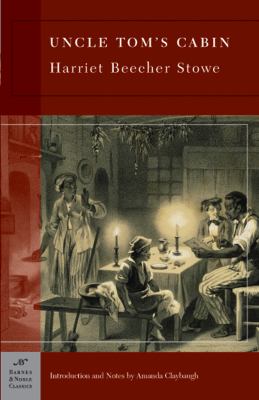 From Amanda Claybaugh's Introduction toUncle Tom's Cabin The publication ofUncle Tom's Cabinlifted Stowe out of a purely Beecher orbit and put her in the stratosphere of international fame. But the novel is nonetheless indebted, as Joan D. Hedrick shows in herHarriet Beecher Stowe: A Life(1994), to the many and varied Beecher family projects. The father's battle for the soul of the nation, the brothers' Christian ministries, one sister's advocacy for women and slaves, another's celebration of the properly run home-all of these can be found in Uncle Tom alongside Stowe's own gifts: her ear for dialect and her eye for detail, her masterful handling of suspense and pathos, and her sympathetic embrace of all the nation's regions. The result was a novel more popular, and more influential, than anyone could have imagined. When Calvin Stowe negotiated Uncle Tom's contract on his wife's behalf, he confided to the publishers that he hoped the novel would be successful enough so that his wife could buy a "good black silk dress" (Thomas F. Gossett,Uncle Tom's Cabin and American Culture, 1985, p. 165). The novel turned out, of course, to be far more successful than that. Within the first week of publication,Uncle Tom's Cabinsold 10,000 copies; within its first year, 300,000 (this in a nation with a total population of only 24 million).Uncle Tom's Cabinwas the first American novel to sell more than a million copies, and no book of any kind, except for the Bible, had ever sold so well. Astonishing as the sales figures are, even they fail to suggest the full extent of Uncle Tom's popularity. For the book was published in an era when novels were still treated as a kind of communal property, borrowed from circulating libraries, passed from hand to hand, read aloud to entire households at a time; knowing this, one reviewer speculated that Uncle Tom had ten readers for every copy sold. The best measure of Uncle Tom's popularity lies, then, not in numbers, but rather in the kind of anecdotal evidence that Thomas F. Gossett has collected in the book noted above. Reading through the letters and journals of Stowe's contemporaries, Gossett finds Richard Henry Dana, Jr., noting that four men were reading Uncle Tom in a single railway car and Ralph Waldo Emerson observing that it was the "only book that found readers in the parlor, the nursery, and the kitchen in every house-hold" (p. 165). Such popularity produced a flood of subsidiary merchandise, as Eric J. Sundquist recalls in his introduction toNew Essays on Uncle Tom's Cabin(1986). There were innumerable plays, poems, and songs, all elaborating and exploiting the pathos of the novel's most affecting scenes; there were also, more surprisingly, Uncle Tom dioramas, engravings, figurines, candles, plates, busts, embossed spoons, painted scarves, needlepoint, and games, including one in which players competed to reunite the families of separated slaves. By the end of the year, three hundred Boston babies had been christened "Eva," in honor of the novel's heroine (Gossett, p. 164). The success of Uncle Tom was not limited to the United States. In Britain, the novel was equally popular, and it was during a triumphal tour of Britain in 1853 that Stowe experienced the consequences of her fame at first hand. When she landed in Liverpool, she found the docks thronged with people who wanted to be the first to catch a glimpse of her. Her subsequent travels toward London confirmed that Stowe could go nowhere in public without attracting crowds who would call out her name and cheer. In London, the Lord Mayor held a dinner in her honor; she was seated across from Charles Dickens and toasted along with him. Over the course of her visit, Stowe was introduced to the most important figures in Britain: the Earl and Countess of Shaftesbury, the Duke and Duchess of Argyll, the Duchess of Sutherland, theStowe, Harriet Beecher is the author of 'Uncle Tom's Cabin ', published 2005 under ISBN 9781593081218 and ISBN 1593081219.