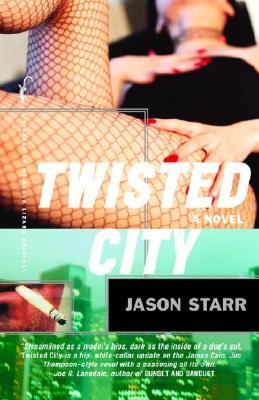 1 Leaving the interview with Robert Lipton, the CEO of Byron Technologies, I wrote the lead to my article in my head: After Byron Technologies' dismal first-half performance, analysts will search for signs of life in the company's third-quarter earnings report, but the bottom line could be the end of the line for this floundering tech start-up. Actually, I could've gone either way on Byron. While the company had decent quarter-to-quarter revenue growth and showed increasing sales, their cash-burn rate was out of control and they were losing a ton of money. Lipton seemed like a good guy, and I would've liked to write an article with a positive spin, but Jeff Sherman, the wonderful editor-in-chief of Manhattan Business magazine, had a rule-no more than three positive articles in a row. Since my last three articles had been favorable, this one had to be a bashing. Waiting for the elevator on the twenty-ninth floor of the Seventh Avenue office building, I noticed a woman standing to my right. She was a few years younger than me, maybe thirty-two, with short, stylishly cut red hair and pale, lightly freckled skin. She had a slender, attractive build and was wearing a black designer business suit. Something about her appearance reminded me of my sister, Barbara. I wasn't planning on saying anything to the woman, but she caught me staring at her and I smiled instinctively. When she smiled back I said, "Hi, how's it going?" "Good," she said. "Thanks." We both looked up at the digital numbers indicating the building's floors. I continued to look over at her, still thinking about my sister. When we made eye contact again I said, "Long day, huh?" "Yeah," she said, blushing. There was another awkward silence as I noticed that the ring finger on her left hand was bare. When she looked at me again I said, "Do you want to go for a drink?" I wasn't usually impulsive, and the question surprised me as much as it did her. She hesitated for a few seconds, sizing me up. I guess I didn't look like a serial killer, because she said, "Okay. Sure." We got on the elevator together and talked some more. Her name was Heather. She was a marketing exec at an ad agency. When I told her I was a reporter for Manhattan Business she seemed surprisingly interested, asking me a lot of questions about my job. We left the building and headed downtown on Seventh Avenue. It was starting to get dark. "So where are we going?" Heather asked me. "There's this Scottish bar on Forty-fourth," I said. "Okay," she said. We continued talking, mostly about our jobs. Our arms brushed a few times and she didn't seem to mind. Waiting for a traffic light to change we stood face-to-face for a few seconds. She had light blue eyes that went well with her hair. I decided she was Irish, or part Irish. I realized she looked nothing like my sister, who had dark, wavy hair and dark eyes like me. The front of St. Andrews was smoky and noisy. It seemed like an office party was going on, because everyone was in business suits and seemed to know each other. We wove our way to the back and settled onto two available stools at the bar. A bartender wearing a dark-green-and-navy-plaid kilt took our drink order-a pint of Guinness for me, a bottle of Corona for her. "So where're you from?" Heather asked. "Originally, Long Island," I said. "You?" "Westchester," she said. "Really. What part?" "Ever heard of Hartsdale?" "Sure," I said. "I went to school with a couple guys from around there. You know Mike Goldberg?" "No." "Stu Fox?" "No." "Oh well." The bartender brought our drinks. I gavStarr, Jason is the author of 'Twisted City', published 2004 under ISBN 9781400075065 and ISBN 1400075068.

8 from $1.98
Loading marketplace prices 8 copies from $1.98 How does the rental process work?
View more