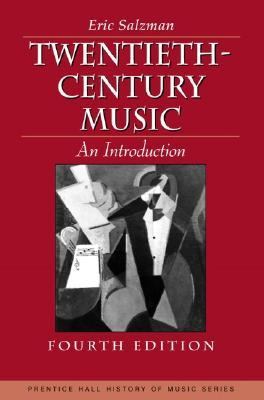 Previous editions of this book began with the statement that "Any consideration of the music of the twentieth century must begin with the reminder that a good deal of it has not yet been written." Now, in fact, all of the twentieth century's music has been written. The projection of twentieth-century music as the unfolding of two large cycles (each beginning with a period of revolution and ending with synthesis) and the appearance of "postmodern" styles as the logical outcome of the second cycle--both predicted in the earlier editions--have become facts rather than hypotheses. Twentieth-century music, which conveniently began somewhere around 1900, has, in a very real sense, run its course by the end of the century. The history of culture can be thought of in many ways: as a succession of events (the way we tend to think about ancient history), as the movement of great historical forces (the way we think about the Renaissance and Reformation), in terms of social, political, and economic realities (our view of the Middle Ages and of the Baroque and Rococo-Classical periods), or in terms of creative personalities (the Romantic view). As this series of books itself can testify, these conceptions need not be mutually exclusive, and none of them need preclude an understanding of cultural history as a history of ideas. Without, I hope, entirely forgetting any of the former, it is the last-named that I have tried to write: the creative development of musical ideas in the last one hundred years understood against and as distinct from the past, in the variety and unity of its own growth, and in its potential for the future. It is my hope and belief that this book can bring the reader toward the musical experience itself, in its greatest variety and richness of ideas and expression, a richness itself characteristic of twentieth-century musical experience. Toward this end, certain sacrifices have consciously been made. Detailed biographical information will have to be sought elsewhere (except in the cases of the very youngest composers, available in standard reference works). Analytic material has been relegated to an appendix consisting of a few indicative examples--it is always to be assumed that, on every page of this book, the reader is being actually referred to the music itself. No attempt has been made to achieve the illusory goal of completeness, and long lists of also-rans have been avoided. I am well aware that Goldmark and Goldschmidt, Ghedini and Gliere, Weiner and Weinberger, Alfven, Zemlinsky, and a host of greater and lesser lights do not appear and that others, particularly--but not exclusively--composers of only national or local significance, receive brief consideration. I am also conscious of the fact that the work of certain composers--particularly since World War II--inevitably receives a certain emphasis because it lends itself easily to verbal analysis or description, which do not necessarily correspond to artistic values. The deficiencies of this book with respect to American music are, fortunately, compensated for by the inclusion in this series of a volume by H. Wiley Hitchcock devoted to the subject:Music in the United States,itself now also revised and updated. Here, it is my intention to treat the development of American music in terms of the general development of twentieth-century ideas everywhere. In any case, I can only hope that, in a book intended to be devoted to essentials, the essentials are there. Although the first edition of this book was published in 1967, the bulk of it was written on a boat to Europe in the spring of 1964. This moment had more than symbolic value for me; it marked a change in direction for me as a composer beginning with myFoxes and Hedgehogs,on texts from John Ashbery's "Europe." The culture change--the clash in values from Old World to New--scored out in that piece as thSalzman, Eric is the author of 'Twentieth-Century Music An Introduction', published 2001 under ISBN 9780130959416 and ISBN 0130959413.