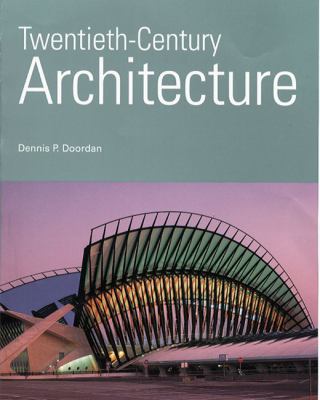 What is the appropriate architecture for modern times? Should it free itself from the shackles of earlier forms? Or should the received wisdom of the past be incorporated into new buildings? Architects and critics have debated these questions for over a century. Rather than validate a particular ideology, Dennis Doordan's thoughtful, wide-ranging survey follows the progression of modern architecture as a manifestation of this debate. Histories of modern architecture are often conceived as the struggle, triumph, and inevitable exhaustion of high modernism in the United States, Western Europe, and Scandinavia. The reader ofTwentieth-Century Architecturewill encounter instead a more global and open approach that considers what was possible, desirable, and appropriate during a volatile era of unprecedented opportunities. There are three parts: Confronting Modernity, 1900-1940; Modernist Hegemony, 1940-1965; and An Era of Pluralism, 1965-2000. Covering developments in the United States, Latin America, Europe, and Asia, Dennis Doordan discusses the form, function, materials, and technologies of domestic and recreational spaces, workplaces, and buildings that reflect the chosen image of the state, and he also provides some treatment of city planning. Along the way, the reader is treated to a thorough discussion of the work of architects and designers such as Alvar Aalto, Pietro Belluschi, Paul Bonatz, Le Corbusier, Bertram Goodhue, Walter Gropius, Zaha Hadid, Rem Koolhaas, Julia Morgan, Oscar Niemeyer, Marcello Piacentini, Raili and Reima Pietila, Alison and Peter Smithson, James Stirling, Mies van der Rohe, and Frank Lloyd Wright.Doordan, Dennis P. is the author of 'Twentieth-Century Architecture', published 2001 under ISBN 9780130212757 and ISBN 013021275X.