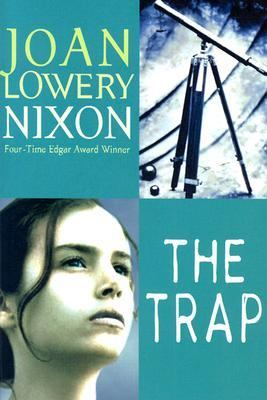 Chapter One I HAD NEVER BEEN ON A ROAD SO DARK AND LONELY. THE car's headlights drilled through a deep tunnel, illuminating only the pavement ahead. Trees and scrub that lined the roadside shifted into grotesque black shapes, looming, hovering, then disappearing into the night. My father's aunt, Glenda Hollister, leaned forward, gripping the steering wheel. Without taking her gaze from the road, she said, "I didn't think to tell your father that I've got a bit of night blindness." I stiffened in my seat. "You can't see where you're going?" "Oh, it's not that bad," she scoffed, but she squinted, straining to see ahead, so I didn't believe her and stared at the road myself, as if there were something I could do. "I just meant that it would have been easier if your plane had come in during the day," she added. "At best, Rancho del Oro is a good two-hour drive from the San Antonio airport." We were spotlighted in a sudden yellow glare as a car came up behind us, then zipped past. For the first time I was glad that Aunt Glenda wasn't driving very fast, because she swerved, bumping along the gravel edges of the road, then steered back into the right lane. "I have a license. Why don't I drive?" I asked. "It's sweet of you to offer, Julie," she said, "but you don't know the way. Now that we've passed Kerrville, the entrance to the ranch isn't far, and finding it is tricky." She suddenly hit the brakes, and I braced myself against the dashboard. My heart pounding, I managed to gasp, "What happened?" "This darned entrance," Aunt Glenda snapped. "I almost missed it myself." Without even a glance into the rearview mirror, she backed up about twenty feet, then swung out in a wide arc to face a barred gate that was fastened between two brick pillars, set back within a grove of mesquite trees. Over the gate was a rustic, dimly lit arch with the words rancho del oro burned into the wood. Beyond lay an even narrower road, fading into a dark hole. Aunt Glenda pressed a button on a device that was fastened to the sun shield on the driver's side, and the gates opened, slowly and silently swinging apart. "Almost home," she said wearily as the car bumped and shuddered over the boards of a cattle guard. "We're on El Camino Vista. It's a little winding, but it will take us right up the hill to our house." I tried to see what we were passing, but I couldn't. There was a heavy cloud cover, and it was much too dark. "Where are the streetlights?" I asked. She gave me a quick look. "You're a city girl, Julie. There are no streetlights on Texas ranches." I couldn't help shivering. Barred gates, a night as black as a puddle of tar spread over a pothole, not a streetlight in sight--what in the world was I doing here? Yesterday my father had said in his firmest voice, "We're counting on you, Julie. You're the only one who can help." As he spoke Mom kept nodding, which flipped the turned-up ends of her short, dark brown hair, cut so much like mine. I know she was trying to emphasize the importance of what Dad was saying, but I wasn't in the mood to hear their point of view. And it didn't help that my younger sister and brothers, Bitsy, Hayden, and Trevor, were watching from the doorway--Trevor with a big grin on his face. I was furious. "You're telling me I have to give up the swim team?" "It's not that we don't think the swim team is important," Mom said. Then her cheeks grew pink and I knew she was embarrassed as she added, "I mean, you don't have Olympic goals or great plans like that. It's just a swim team, so we all feel it's expendable, Julie. I hope you understand." "The swim team is more important than you think," I told her. I tried not tNixon, Joan Lowery is the author of 'Trap', published 2004 under ISBN 9780440228707 and ISBN 0440228700.