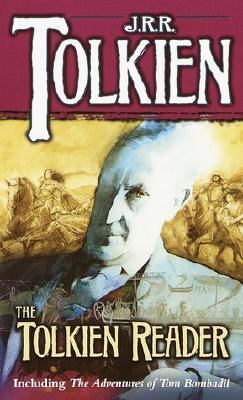 Tolkein's Magic Ring Three Rings for the Elven-kings under the sky, Seven for the Dwarf-lords in their halls of stone, Nine for Mortal Men, doomed to die, One for the Dark Lord on his dark throne In the Land of Mordor where the Shadows lie. One Ring to rule them all, One Ring to find them, One Ring to bring them all and in the darkness bind them In the Land of Mordor where the Shadows lie. Far to the north there are the Iron Hills, the Gray Mountains and the Ice Bay of Forochel; beyond that lies only the great Northern Waste. Farthest to the south is the Haradwaith, land of a dark and fierce people; on the west is the Sea, and far over the Sea are the immortal lands of Westernesse, out of which the Eldar peoples came, and to which they will all return in time. To the east is Mordor, and that was always an evil and desolate country. These are the boundaries of Middle-earth, and this is the world that J. R. R. Tolkein has explored and chronicled in The Lord of the Rings. I do not say created, for it was always there. The Lord of the Rings and its prologue, The Hobbit, belong, in my experience, to a small group of books and poems and songs that I have truly shared with other people. The strangest strangers turn out to know it, and we talk about Gandalf and mad Gollum and the bridge of Khazad-dum while the party or the classroom or the train rattles along unheard. Old friends rediscover it, as I doto browse through any book of the Ring trilogy is to get hooked once more into the whole legendand we talk of it at once as though we had just read it for the first time, and as though we were remembering something that had happened to us together long ago. Something of ourselves has gone into reading it, and so it belongs to us. The country of the book, Middle-earth, is a land much like our own, as mythical, but no more so. Its sunlight is remembered from the long summers of childhood, and its nightmares are equally those of children: overwhelming visions of great, cold shapes that block out the sunlight forever. But the forces that form the lives of the dwellers of Middle-earth are the same that make our liveshistory, chance and desire. It is a world bubbling with possibility, subject to natural law, and never more than a skin away from the howling primal chaos that waits outside every world; it is no Oz, no Great Good Place, but a world inhabited by people and things, smells and seasons, like our own. The Hobbit is our introduction both to Middle-earth and to the tale of the One Ring. Hobbits are a small, burrow-dwelling people, a little shorter than Dwarves: furry-footed, sociable growers and gardeners, fond of fireworks, songs and tobacco, inclined toward stoutness and the drawing up of geneologies. In this book, the hobbit Bilbo Baggins accompanies thirteen Dwarves and a wizard named Gandalf to aid in the recovery of a treasure stolen by a dragon centuries before. During the adventure Bilbo finds a magic ring and brings it home as a souvenir. Its gift, as far as he can tell, is to make the wearer invisible, which is useful if you are trying to avoid aunts and dragons, and Bilbo uses it for both purposes a time or two. But he makes little other use of it in the sixty years he keeps it; he carries it in his pocket on a fine chain. The Lord of the Rings begins with Gandalf's discovery that Bilbo's ring is in truth the One Ring of the rhyme. It was made by the Dark LordSauron of Mordor, ageless and utterly eviland the lesser rings distributed among Elves, Dwarves and Men are meant in time to lure the three peoples under the domination of the One Ring, the master of all. But Sauron has lost the ring, and his search for it is growing steadily more fierce and frantic: possessing the Ring, he would be finally invincible, but withoutTolkien, J. R. R. is the author of 'Tolkien Reader', published 1986 under ISBN 9780345345066 and ISBN 0345345061.