There And Back Again An Actor's Tale 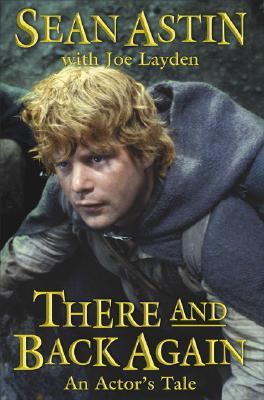 CHAPTER ONE I sensed from the very beginning thatThe Lord of the Ringshad the potential to be something extraordinary. Not merely extraordinary in the way that, say,Raiders of the Lost Arkwas extraordinary-as pure, cinematic adventure, a thrill ride of the highest order but as something even more. I'm talking about epic filmmaking not seen since the clays of David Lean or John Ford. I knew that the director, Peter Jackson, was a man of prodigious talent and vision, an artist capable of creating a film that might one day be mentioned in the same breath as Lean's desert classicLawrence of Arabia.The Lord of the Rings, I thought-I hoped could be like that: Oscar caliber art on par with the best films ever made. How did I know this? Well, sometimes you just get a gut feeling. It's as simple as that. As a journeyman actor I've survived by seeing an opportunity pop up on the radar screen, guessing kind of intuitively what the odds are of success, and then determining whether I want to be part of that project. Sometimes, for practical, real world reasons, I've made decisions knowing full well what the cycle would be, and that my association with a given film might even have a minor negative impact on my image or marketability. As in any field, you calculate the odds and make a choice, and then you live with it. You can only wait so long for Martin Scorcese to call; sometimes you have to take the best available offer. I've done any number of low budget movies in which my participation was based primarily on the following logic: All right, it's a week out of my life or six weeks out of my life, the money is pretty good, and I don't have to audition. Let me take a look at the script. Does my character have a banana sticking out of his ass? No? No banana? Well, then, how bad can it be? It's a third tier knockoff of aDie Hardmovie, but the morality is reasonably intact; the violence is kind of sophomoric, but not gratuitous, and for the most part everyone keeps their clothes on. Most important of all, is f0anybody in the business ever going to see it? Not likely. Okay ... where do I sign? Ah, but old movies never really die, do they? Not anymore. Thanks to video and DVD, the Internet, and late night cable television, they live on forever, seeping inevitably into the public consciousness whether they deserve to or not. Case in point: a cold winter day on the south island of New Zealand, back in 1999. One of many days on the set ofThe Lord of the Kingswhen things weren't going quite as planned. The kind of day where the scene called for filming six hundred horses on the top of a windswept deer park, so the crew was furiously washing away snow with fire hoses to make it look like it wasn't wintertime resulting, of course, in a veritable sea of mud. In New Zealand we traveled almost everywhere in four wheel drive vehicles, so thick and persistent was the slop. At times it felt like what I have read about soldiers fighting in the trenches in World War I. We couldn't go anywhere without getting muck splattered all over us. On our shoes, our clothes...our capes. (We were hobbits, remember?) No hyperbole or disrespect intended, but there were times when it almost felt as though we were part of a military operation. It was that rugged, that spartan, that precise. Mountainside locations looked almost like battlefields, dotted with tents and armies of workers. The general, of course, was Peter Jackson. Well, on this one particular morning I saw Peter sitting in his tent with a bemused look on his face. Now, protocol on movie sets often dictates that directors, even those as approachable and thoughtful as Peter, be given space in the morning hours it's a time for preparation, not long conversations. But, as I approached, planning to offer no more than a cheery "Good morning:' Peter began to nod ever so slightly. With his unruly hair, stout frame, and generally diAstin, Sean is the author of 'There And Back Again An Actor's Tale', published 2004 under ISBN 9780312331467 and ISBN 0312331460.