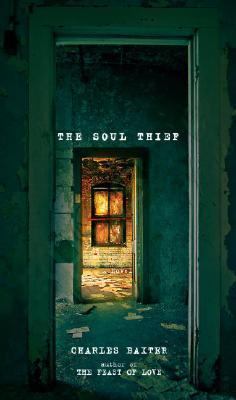 Chapter One He was insufferable, one of those boy geniuses, all nerve and brain. Before I encountered him in person, I heard the stories. They told me he was aberrant ("abnormal" is too plain an adjective to apply to him), a whiz-kid sage with a wide range of affectations. He was given to public performative thinking. When his college friends lounged in the rathskeller, drinking coffee and debating Nietzsche, he sipped tea through a sugar cube and undermined their arguments with quotations from Fichte. The quotations were not to be found, however, in the volumes where he said they were. They were not anywhere. He performed intellectual surgery using hairsplitting distinctions. At the age of nineteen, during spring break, he took up strolling through Prospect Park with a walking stick and a fedora. Even the pigeons stared at him. Not for him the beaches in Florida, or nudity in its physical form, or the vulgarity of joy. He did not often change clothes, preferring to wear the same shirt until it had become ostentatiously threadbare. He carried around the old-fashioned odor of bohemia. He was homely. His teachers feared him. Sometimes, while thinking, he appeared to daven like an Orthodox Jew. He was an adept in both classical and popular cultures. For example, he had argued that after the shower scene in Hitchcock'sPsycho, Marion Crane isn't dead, but she isn't not-dead either, because the iris in her eyeball is constricted in that gigantic close-up matching the close-up of the shower drain. The irises of the dead are dilated. Hers are not. So, in some sense, she's still alive, though the blood is pouring out of her wounds. When Norman Bates carries Marion Crane's body, wrapped in a shower curtain, to deposit in the trunk of her car for disposal, they cross the threshold together like a newly married couple, but in a backwards form, in reverse, a psychotic transvestite (as cross-dressers were then called) and a murdered woman leaving the room, having consummated something. The boy genius wouldn't stop to explain what a backwards-form marriage might consist of with such a couple, what its shared mortal occasion might have been. With him, you had to consider such categories carefully and conjure them up for yourself, alone, later, lying in bed, sleepless. Here I have to perform a tricky maneuver, because I am implicated in everything that happened. The maneuver's logic may become clear before my story is over. I must turn myself into a "he" and give myself a bland Anglo-Saxon Protestant name. Any one of them will do as long as the name recedes into a kind of anonymity. The surname that I will therefore give myself is "Mason." An equally inconspicuous given name is also required. Here it is: "Nathaniel." So that is who I am: Nathaniel Mason. He once said that the name "Nathaniel" was cursed, as "Ahab" and "Judas" and "Lee Harvey" were cursed, and that my imagination had been poisoned at its source by what people called me. "Or else it could be, you know, that your imagination heaves about like a broken algorithm," he said, "andthatwouldn't be so bad, if you could find another algorithm at the horizon of your, um, limitations." He himself was Jerome Coolberg. A preposterous moniker, nonfictional, uninvented by him, an old man's name, someone who totters through Prospect Park stabilized with a cane. No one ever called him "Jerry." It was always "Jerome" or "Coolberg." He insisted on both for visibility and because as names they were as dowdy as a soiled woolen overcoat. Still, like the coat, the name seemed borrowed from somewhere. All his appearances had an illusionary but powerful electrical charge. But the electricity was static electricity and went nowhere, though it could maim and injure. By "illusionary" I mean to say thBaxter, Charles is the author of 'The Soul Thief' with ISBN 9780375422522 and ISBN 0375422528.