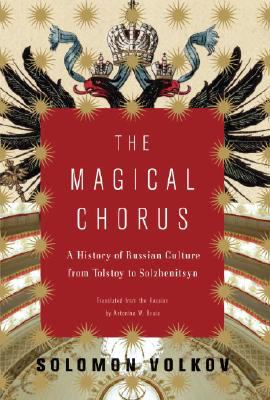 Part One: THE GATHERING STORM On November 8, 1910, people all over Russia snatched up the latest editions of newspapers reporting the death of Count Leo Tolstoy on the previous day, at 6:05 a.m. at Astapovo Station. The photographs showed perhaps the most famous writer in the world at that time: an austere, gray-bearded man of eighty-two, with high-set, very large ears and shaggy brows drawn over his piercing (some said "vulpine") eyes. Another world-celebrated writer, though a lesser light, Maxim Gorky, was living in exile on the Italian island of Capri and wrote when he learned of Tolstoy's death: "This struck the heart, and I howled with hurt and longing."1 In a letter to a friend, Gorky exclaimed in a typically fanciful manner, "A great soul has departed, a soul that had embraced all of Russia, everything that was Russianabout whom save Tolstoy can that be said?"2 The cosmopolitan modernist poet Valery Briusov stressed the writer's universality in his memorial essay: "Tolstoy was for the entire world. His words went to Englishmen, and Frenchmen, and the Japa-nese, and the Buryats."3 From Paris, the political emigre Bolshevik Vladimir Ulyanov (Lenin), doggedlyas only he couldinsisted that Tolstoy's "global significance as an artist and his worldwide fame as a thinker and preacher, both reflect in their own way the widespread significance of the Russian revolution."4 As it happens, all three were probably right. We tend to think of Tolstoy as a cultural phenomenon of the nineteenth century, the author ofWar and Peace(186377, perhaps the greatest novel in the history of the genre) and such masterpieces asAnna Karenina(1873 77) and "The Death of Ivan Ilyich" (1886). Yet this giant dominated both the cultural and the political life of the early twentieth century also. Briusov wasn't exaggerating: Tolstoy combined the fame of Voltaire, the popularity of Rousseau, and the authority of Goethe; he was compared routinely to biblical prophets. In his estate at Yasnaya Polyana, two hundred kilometers south of Moscow, Tolstoy received devotees from all over the world, who flocked to hear his antigovernment and antibourgeois sermons. Gorky, in his memoirs of Tolstoy (a tour de force of twentieth-century Russian nonfiction), confessed that when he looked at him, he thought, not without envy: "That man is godlike!" However, Tolstoy was made up of contradictions, containing "multitudes," to use Walt Whitman's phrase. He was simultaneously a born archaist and a natural innovatorin his life, in his writing, and in his passionate religious and political beliefs, which sometimes verged on total anarchism. Gorky noted, somewhat caustically (and in seeming contradiction to his worship of Tolstoy): "Psychologically it would be quite natural for great artists to be larger than life in their sins, as well."5 Tolstoy's works, while belonging to the apex of nineteenth-century realism, boldly went beyond its framework: another contradiction. Tolstoy rejected and mocked the modernists, but they made good use of his artistic breakthroughs. It's a surprisingly short distance from Tolstoy's "interior monologue" to James Joyce's stream of consciousness. Viktor Shklovsky, the bad boy of Russian formalism, early on placed Leo Tolstoy among the avant-garde: "Tolstoy in his works, which were constructed as formally as music, used such devices as defamiliarization (calling a thing not by its usual name)" and cited his description of the institution of property through the perceptions of a horse.6 This "alienationVolkov, Solomon is the author of 'The Magical Chorus', published 2008 under ISBN 9781400042722 and ISBN 1400042720.

5 from $2.98
Loading marketplace prices 5 copies from $2.98 How does the rental process work?
View more