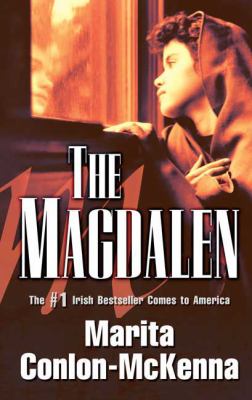 Chapter One Esther heard the cry, clear across the scattered fields of Carraig Beag, the voice catching on the iodine-scented breeze blowing in from the wild Atlantic Ocean, and knew straight away that it was her mother, calling her, needing her. Autumn was in the air, and all the scraggy briars and brambles about were laden down with fruit. Her two young brothers were busy scrabbling for blackberries, their hands and faces and knitted jumpers stained with juice, the tin buckets full. She couldn't leave them here on their own, for the boys would stuff their faces with the plump, juicy berries till they were nearly sick. "Leave the buckets and cans!" she ordered firmly, pulling the tin from six-year-old Liam's sticky hands. "We've got to get back home!" Running hell for leather, she chased across the tussocks of heavy grass and clumpy earth, sensing their fear as they followed her back down the sloping hill towards home. Panting and breathless, she raced towards their whitewashed cottage and in through the open doorway, to where her mother stood leaning against the old kitchen dresser, her face clammy and beaded with sweat. "Help me to the bed, pet! The baby's coming, and I need to lie down." "Mammy, the baby's not due for weeks yet," she pleaded, feeling suddenly scared. "Stop moithering, Esther, and help me to bed!" Esther let her mother lean on her as she led her into her parents' bedroom, trying to straighten the mess of sheets and blankets and fix the bolster before her mother plomped down heavily on to them. She was transfixed as she watched her mother's dress suddenly tauten against her swollen stomach, and saw her mother breathing slowly and deeply, ignoring her. The boys had arrived, jammed at the bedroom door, eyes wide with curiosity. "What is it?" asked Tom, his freckled face worried. "The baby's coming early!" muttered Esther, shoving her brothers back outside. Her mam wouldn't want them to see her like this. Majella Doyle's pain was easing, and she gestured to Esther to help her lift her legs on to the bed. Both feet were swollen, and a trail of stalky veins patterned across her mother's pale skin. "That's it, dote! That's a bit better!" sighed her mother, closing her eyes and letting her head rest against the wooden headboard. Relief flooded through the thirteen-year-old; however, a minute or two later, the tracings of pain again shadowed her mother's face as she tried to catch a large gulping breath. "Mammy, I'll go and get help!" offered Esther. "I'll run down and get Mrs. Murphy." Maureen Murphy, the local midwife, had attended her mother before, taking total charge when her younger brothers had been born; she had even helped to deliver Esther herself. She'd know what to do. "No, Esther!" insisted her mother. "You've got to stay." Esther was filled with an immense longing to be out of the small stuffy bedroom and away from all this. If only her daddy or her older brothers were here instead of out in the boat, fishing. Majella, as if sensing her thoughts, grabbed her by the hand. "I need you to help me to birth this baby, pet. Send one of the boys!" "Tom!" screamed Esther. Her bewildered eleven-year-old brother came to the doorway. "Run, Tom! Go and get Mrs. Murphy, Aidan's mother, you know where they live!" He was munching on a heel of bread, trying to swallow it. "Do you understand, Tom? Tell Mrs. Murphy that Mammy's having thConlon-McKenna, Marita is the author of 'The Magdalen', published 2009 under ISBN 9780812577686 and ISBN 081257768X.