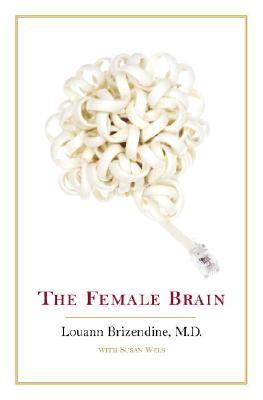 ONE The Birth of the Female Brain Leila was a busy little bee, flitting around the playground, connecting with the other children whether or not she knew them. On the verge of speaking in two- and three-word phrases, she mostly used her contagious smile and emphatic nods of her head to communicate, and communicate she did. So did the other little girls. "Dolly," said one. "Shopping," said another. There was a pint-size community forming, abuzz with chatter, games, and imaginary families. Leila was always happy to see her cousin Joseph when he joined her on the playground, but her joy never lasted long. Joseph grabbed the blocks she and her friends were using to make a house. He wanted to build a rocket, and build it by himself. His pals would wreck anything that Leila and her friends had created. The boys pushed the girls around, refused to take turns, and would ignore a girl's request to stop or give the toy back. By the end of the morning, Leila had retreated to the other end of the play area with the girls. They wanted to play house quietly together. Common sense tells us that boys and girls behave differently. We see it every day at home, on the playground, and in classrooms. But what the culture hasn't told us is that the brain dictates these divergent behaviors. The impulses of children are so innate that they kick in even if we adults try to nudge them in another direction. One of my patients gave her three-and-a-half-year-old daughter many unisex toys, including a bright red fire truck instead of a doll. She walked into her daughter's room one afternoon to find her cuddling the truck in a baby blanket, rocking it back and forth saying, "Don't worry, little truckie, everything will be all right." This isn't socialization. This little girl didn't cuddle her "truckie" because her environment molded her unisex brain. There is no unisex brain. She was born with a female brain, which came complete with its own impulses. Girls arrive already wired as girls, and boys arrive already wired as boys. Their brains are different by the time they're born, and their brains are what drive their impulses, values, and their very reality. The brain shapes the way we see, hear, smell, and taste. Nerves run from our sense organs directly to the brain, and the brain does all the interpreting. A good conk on the head in the right place can mean that you won't be able to smell or taste. But the brain does more than that. It profoundly affects how we conceptualize the world--whether we think a person is good or bad, if we like the weather today or it makes us unhappy, or whether we're inclined to take care of the day's business. You don't have to be a neuroscientist to know this. If you're feeling a little down and have a nice glass of wine or a lovely piece of chocolate, your attitude can shift. A gray, cloudy day can turn bright, or irritation with a loved one can evaporate because of the way the chemicals in those substances affect the brain. Your immediate reality can change in an instant. If chemicals acting on the brain can create different realities, what happens when two brains have different structures? There's no question that their realities will be different. Brain damage, strokes, prefrontal lobotomies, and head injuries can change what's important to a person. They can even change one's personality from aggressive to meek or from kind to grumpy. But it's not as if we all start out with the same brain structure. Males' and females' brains are different by nature. Think about this. What if the communication center is bigger in one brain than in the other? What if the emotional memory center is bigger in one than in the other? What if one brain develops a greater ability to read cues in people than does the other? In this case, you would have a person whose reality dictated that communication, connection, emotional sensitivity, andBrizendine, Louann is the author of 'The Female Brain', published 2006 under ISBN 9780767920094 and ISBN 0767920090.