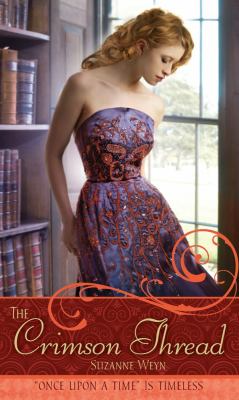 Once upon a time, I believe it was 1880 or thereabouts, a young princess set sail from Ireland for a faraway land. Bridget O'Malley never knew she was of royal lineage, due to the reduced circumstances into which she was born. Foreign conquest had brought endless brutal war to the land, and the devastation of this strife, coupled with the dire poverty it left in its wake, had long ago vanquished the line of magical druidic priestesses and high kings from which Bridget was descended. Though she did not appear the part in her rags and cloddish, peat-covered boots, Bridget O'Malley was, indeed, a princess, and, on her mother's side, a distant but direct descendent of the high king Cormac mac Airt of legend. For anyone with eyes to see, her lineage should have been clear enough. She carried the brilliant, orange-red crown of vibrant, unruly curls that marked all the royal women of her line. She had the unmistakable crystal blue eyes and the spray of freckles across her high cheekbones. As Queen Avriel of the Faerie Folk of Eire, I have watched these disowned royals, these noble spirits without crowns, for centuries too numerous to count. A descent in fortune may obscure royal lineage in the eyes of mankind, but not so in the realm of Faerie. Here we know that true royalty remains in the blood regardless of fortune's deviations. And so I watch and record the royal ones, despite the fluctuating cycles of rise and fall that they may experience. Bridget and Eileen O'Malley were my special concern. After their mother died, Bridget and her wee sister were the last princesses of their line. In my ancientBook of Faerietheir histories were recorded with no less attention than when their kinswomen of times past wore the Celtic crowns on their heads. Bridget and little Eileen's lives were hard from the start, and then the Great Hunger struck. When the potato crop failed, the already-dire starvation, poverty, and crushing serfdom spun wildly out of control. The famine left mothers to die in their thatched cottages, their frozen babes blue in their arms. Between 1846 and 1850 droves of starving, desperate families set sail for distant shores. They went to lands known as Canada, Australia, Great Britain, and a place called America. Hundreds of them left, their meager belongings in tow, not knowing what lay ahead, but praying it would be better than the crushing life they'd had. When Bridget's mother died, her father, Paddy O'Malley, decided that the time had come to do as so many of his neighbors and kin had already done. He would take his children to America. And so -- invisible to all -- I went too, in my role as faerie historian. A strange fate awaited Princess Bridget. I never would have predicted the turns of events that she encountered, being unfamiliar with the magic of foreign lands as I was at the time. For the mix and tumble of exotic magic she experienced was like nothing I could have imagined; nor could have Bridget. And thus begins this faerie's tale.Copyright 2008 by Suzanne WeynWeyn, Suzanne is the author of 'The Crimson Thread' with ISBN 9781416959434 and ISBN 1416959432.

5 from $0.75
Loading marketplace prices 5 copies from $0.75 How does the rental process work?
View more