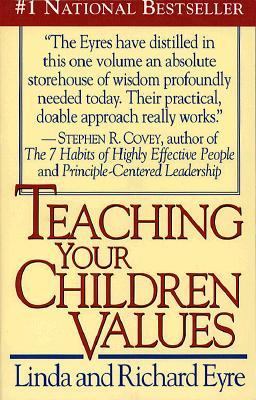 Chapter 1 Month 1:HonestyHonesty with other individuals, with institutions, with society, with self. The inner strength and confidence that is bred by exacting truthfulness, trustworthiness, and integrity.Pulling into the driveway one day, I noticed a broken milk bottle on the pavement. I asked nine-year-old Josh and his friend, Chip, if they knew how it happened. Chip quickly said no. Josh looked over at him, somewhat startled, then walked over and put his hand on Chip's shoulder and said, "It's okay, he'll understand." Then to me, "The basketball hit it, Dad. Sorry. We were going to dean it up, bat we forgot. Come on, Chip, I'll get the dustpan."I listened through the window as they were sweeping up. "One thing I've learned," Josh was counseling Chip, a full six months his junior, "is that you get in a lot less trouble when you just go ahead and tell the truth." --RichardTEACHING YOUR CHILDREN VALUESTeaching children honesty can be a real challenge, given the examples of dishonesty that they will encounter every day in the world around them. Your example, and your constant feedback about your child's behavior, can be a powerful influence on your child. Along with your example, we have discovered some other teaching methods that work. These methods are presented (as they are in each chapter) in four brief sections. First, general guidelines for children of all ages; then methods aimed at preschoolers, elementary-age children, and adolescents.GENERAL GUIDELINESBe completely honest with your children.This will show them how always applicable the principle is and will demonstrate your commitment to it. Answer their questions truthfully and candidly unless it is a question that is off-limits, and then tell them simply and honestly why you won't answer it. Never let them hear you tell little "convenient lies" on the phone and never ask them to tell one for you ("My mommy isn't home"). Don't exaggerate. Don't threaten to do things you don't really intend to do.Give praise and the chance to "start over."This gives children a quick second chance to be truthful. Don't be anxious to "catch" your children in a lie. Instead "catch them telling the truth" and praise them for it. If they do tell (or begin to tell) what you think is an untruth, interrupt and say, "Wait, think for a minute. Remember that it's important to tell the truth." Then let them start over.Point out consequences.Show your children the cause-and-effect dynamics of honesty and dishonesty. Watch for situations (in real life, on TV, etc.) where a dishonest act was performed. Point out the consequences to both the object of the act (the person or institution that was cheated or hurt or deceived) and the doer of the act. Also look for illustrations of honesty and mention the positive consequences, especially the inner peace, confidence, and self-respect gained by the honest individual.Methods for PreschoolersThe Demonstration GameThis game can help small children grasp the concept and know the terminology.Ask, "Do you know the difference between something that's true and something that's not true? Let's see if you do. I'll say something and you say, 'True' or 'Not true.'" Start with simple physical facts and move toward things relating to behavior, for example:* The sky is green. (Kids say, "Not true.")* (Point at foot) This is my foot. (Kids say, "True.")* Ants are bigger than elephants.* We see with our eyes.* We hear with our nose.* Milk comes from chickens.* Take a cookie out of a jar and eat it. Then say, "I didn't eat the cookie."* Drop a toy on the couch. Then say, "Yes, I left my toy on the couch."Then say, "You reallycantell the difference between true and not true, can't you? Do you know what it's called when someone says something that's not true? It's called alie."Now: "I'll saEyre, Linda is the author of 'Teaching Your Children Values', published 1993 under ISBN 9780671769666 and ISBN 0671769669.