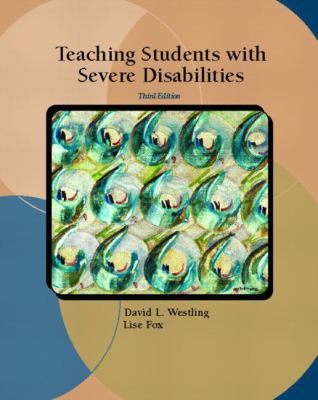 It was almost 30 years ago, in 1975, that the 94th Congress of the United States passed PL. 94-142, which said that every child in the United States has a right to public education. For 100 or so years before 1975, states had required that children go to school, usually until they were 16. But the states' laws allowed some children to be excluded if local school boards deemed that they would not learn sufficiently. In most states, therefore, many young people whom we now refer to as having severe disabilities were excluded from public education programs. If they did go to school, it was almost always in a separate building from where other children were in school. If a student's disability was significant, the student was not even allowed to attend these separate schools. Parents had few options: keep their child at home, find a private special school (usually one run by a parents' group or organization), or place their child in a residential institution. To some, this may seem like ancient history. To us, as well as to many others who have had a long-standing interest in the well-being of persons with severe disabilities, we were there. We were there when many school systems, not with some degree of reluctance, began to offer educational programs for students with significant disabilities. Of course, the learning settings were not exactly what we might have desired but, nevertheless, public education began to occur. In our area, the educational arrangement for teaching students with very significant disabilities was the top floor of the residential institution in which they had lived for most of their lives. (The special school in the area, which was serving students with more moderate disabilities, said there was not enough room. Later it built a special wing for "the severe/profound.") So every morning students would be taken to the top floor, where a few special education pioneers would try their best to teach these students something that would presumably make their lives better. Some of the instruction was good and relevant; some was of little relevance. But, all in all, it was a learning experience for everyone. If you look at the field of education for students with severe disabilities from a historical perspective, you might characterize it as an ever-moving, broader-growing, outward-spiraling effort to assist people to become fuller participants in the mainstream world. In the early 1970s and to some extent in the 1960s, innovative researchers were looking for ways to help people with disabilities become more able. What they were working on were relatively basic, albeit important, skills. They were working primarily in institutions, and they were teaching toileting skills, how to bathe and groom, how to get dressed, how to use feeding utensils--essentially, how to take care of oneself in the world. Most of what they were doing was of interest only to people who read professional journals, but they were starting to lay important groundwork for the development of relevant, functional educational programs. In the latter 1970s and beyond, the earth really began to move with regard to what many professionals, including researchers, policymakers, administrators, teachers, and, most important, parents, began to study, say, and do with and for persons with severe disabilities. Students who were more able, though still labeled "trainable," were now being taught basic reading and other academic skills, totally segregated schools began to be considered inappropriate, and many students were moved into regular school buildings with peers without disabilities, although generally still separated. Students began to go into the community to learn how to function in the nonschool world, to eat in restaurants, to shop in stores, and to work at jobs. We learned about how best to teach new skills and learned better how to ensure the generalization of these new skills. Ultimately, we began to learn how tWestling, David L. is the author of 'Teaching Students With Severe Disabilities', published 2003 under ISBN 9780131105539 and ISBN 0131105531.