Survival Guide What to Do in a Biological, Chemical, or Nuclear Emergency 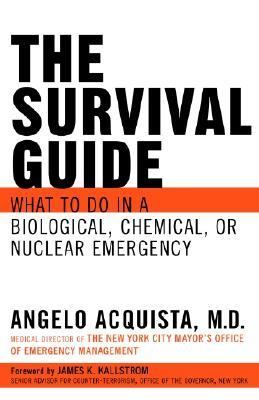 DIRTY BOMBS RADIOACTIVE EVENT Dirty Bomb DESCRIPTION Radioactive substance with conventional explosive Time from Exposure to Illness Minutes to years, though most injuries would be due to the explosion itself Major Symptoms Though acute radiation poisoning after a dirty bomb detonation is extremely unlikely, symptoms include upset stomach, vomiting, diarrhea, skin burns, peeling skin, weakness, fatigue, dehydration, inflammation, hair loss, open sores on the skin and in the mouth or along intestinal tract, vomiting blood, bloody stool, and bleeding from the nose, mouth, and gums Emergency Response -Leave the area of the blast site as quickly as possible, going against the wind if possible -Cover your mouth and nose with fabric (wet if possible) if in the immediate area -Seek shelter; go to a basement without windows if possible or else an inner room -Unless you have been directed to a decontamination site by public-health officials, remove clothing and shower -Avoid mass transit; leave the immediate area on foot (if you take a private vehicle, you might contaminate it) -Listen to the radio or television for instructions from emergency officials -Be prepared to evacuate Treatment Potassium iodide if radioactive iodine is confirmed (unlikely) Possibility of Death High from explosion, low from radioactivity WHAT IT IS A dirty bomb-also known as a radiological dispersal device (RDD)-combines conven-tional explosives, like dynamite, with radioactive materials, such as from used nuclear reactor fuel rods or hospital stores of radionuclides and isotopes. It is designed to spread radioactive material around an area the size of a few city blocks. The radioactive substance would probably be in the form of pellets or powder. It is not a nuclear bomb and does not involve a nuclear explosion. Experts believe a dirty bomb could range in size from a small "suitcase" device to a truck bomb, and could be larger. WHAT IT DOES Effects from a Bomb Blast Explosives produce four main effects: Blast pressure. The explosion creates a pressure wave that extends in all directions away from the blast, followed by a vacuum created by this wave. People near the blast can be thrown by the wave and then pulled back toward the blast by the vacuum, suffering injuries similar to those sustained in a car accident. A large enough pressure wave would imme-diately disintegrate a human body. Fragmentation. Damage due to flying objects, including fragments from the bomb itself. Thermal effects. Damage due to heat and fire. Seismic shock. Ground movement in the event of large detonations (such as the Oklahoma City bombing). Radiological Effects Radiation kills or damages rapidly dividing cells such as blood-forming cells found in the bone marrow and cells that line the intestinal tract. Severe exposure results in "radiation poisoning," causing untreated victims to dehydrate and bleed to death, although there is very little chance of this happening after a dirty-bomb explosion. The disruption of normal cell functioning that radiation causes can sometimes lead to cancer many years later. CAN YOU TELL IF A BOMB IS RADIOACTIVE? Radiological materials are colorless, odorless, and tasteless and cannot be detected by humans without specialized equipment. Thus, one should assume there is radioactivity present if near a blast and take the necessary precautions (see EMERGENCY RESPONSE below). ASSESSMENT OF RISK Risk of Use in an Attack Despite the fact that use of chemical and biological weapons is on the rise, bombings are still used in approximately 70% of all acts of terrorism. The main reasons for this are: 1) They are cheaAcquista, Angelo is the author of 'Survival Guide What to Do in a Biological, Chemical, or Nuclear Emergency', published 2003 under ISBN 9780812969542 and ISBN 0812969545.