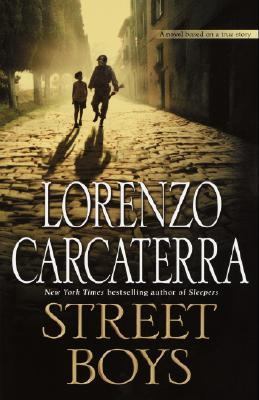 45TH THUNDERBIRD INFANTRY DIVISION HEADQUARTERS SALERNO, ITALY. SEPTEMBER 25, 1943 Captain Edward Anders leaned under the warm shade of a fig tree, a lit Lucky Strike hanging from his lips, and stared down at the beachhead below. His troops had been in the first wave of the attack to capture a city whose name he had never heard before the war. It took the combined forces of American and British troops nine days to advance past the beach and up the side of the sloping mountain where he now stood, smoking the last cigarette in his pack. Behind him, a command post had been set up inside a long series of brown tents. Inside the main tent, there were 3,500 sets of dog tags scattered in four wooden boxes, waiting to be mailed Stateside for eventual delivery to the relatives of the men who had been lost in a fight for sand and rock. Anders stared at the mountains above him, up toward Cassino, then back down toward the city of Naples, and knew there was still a lot of hard fighting left. "Hey, Cap," a voice behind him said. "Word is you want to see me." "It was more like an order," Captain Anders said. "But let's not stand on formalities." Captain Anders turned to look at Corporal Steve Connors as he stood at attention and held his salute, the Gulf of Salerno at his back. Anders brushed away the salute. "From what I've seen, you have as little patience for that shit as I do. Which probably means neither one of us is going to get far in this army." "I just want to get far enough to go home, Cap," Connors said. "Will Naples do you in the meantime?" Anders asked. "What's in Naples?" "Most likely nothing. From the reports I've seen, the city's already nothing more than a ghost town." "But still, you want me to go," Connors said. He removed his helmet and wiped the sweat from his brow with the sleeve of his uniform. Steve Connors was twenty-five years old, a college graduate and second-year law student from Covington, Kentucky, the first in his family to earn a degree of any kind. He was just shy of six feet tall with a middleweight fighter's rugged build, topped by thick strands of dark hair, brown eyes and a wide smile that balanced out a hard edge. He had fought under Anders's command for fourteen months, pounding and slashing his way from one blood-drenched beachhead to the next, always the first in line, always the first to fire. He had a street fighter's instincts for battle and survival and was, as far as Captain Ed Anders was concerned, the best soldier for the task at hand. "It might just be a ghost town with two of our men in it," Anders said. "We had a handful of G.I.s helping the Italian resistance--or whatever the hell was left of it. Most of them slipped out before the evacuation. Two didn't. They could be dead. They could be hiding. They could be back in the States for all I know. But we've got to find out." "I go in alone?" Connors asked. "You'd like that, wouldn't you?" Anders said. "Very much, sir." "I'd like a bowl of my wife's white bean soup," Anders said. "But that's not going to happen, either. You'll be part of a three-man team. You go in, as quiet as you can, check out the city and see if you can find our guys." "Who else is on the team, sir?" "If our soldiers are still in there, they might be hurt. So you'll take one of the medics, Willis. And then another good rifle to cover your back. That'll be Scott Taylor." Connors winced at the sound of Taylor's name. "Every man out here has a rifle, sir," he said. "Not just Taylor." "But not every man's going," Anders said, raising his voice. "Taylor is. I know you two rub each otCarcaterra, Lorenzo is the author of 'Street Boys' with ISBN 9780345410962 and ISBN 0345410963.