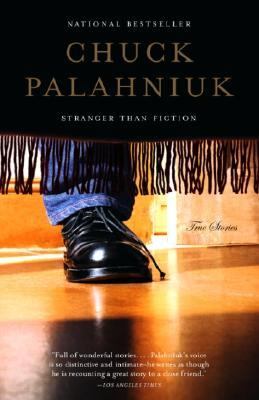 You Are Here In the ballroom at the Airport Sheraton Hotel, a team of men and women sit inside separate booths, curtained off from each other. They each sit at a small table, the curtains enclosing a space just big enough for the table and two chairs. And they listen. All day, they sit and listen. Outside the ballroom, a crowd waits in the lobby, writers holding book manuscripts or movie screenplays. An organizer guards the ballroom doors, checking a list of names on a clipboard. She calls your name, and you step forward and follow her into the ballroom. The organizer parts a curtain. You take a seat at the little table. And you start to talk. As a writer, you have seven minutes. Some places you might get eight or even ten minutes, but then the organizer will return to replace you with another writer. For this window of time, you've paid between twenty and fifty dollars to pitch your story to a book agent or a publisher or movie producer. And all day, the ballroom at the Airport Sheraton is buzzing with talk. Most of the writers here are oldcreepy old, retired people clutching their one good story. Shaking their manuscript in both spotted hands and saying, "Here! Read my incest story!" A big segment of the storytelling is about personal suffering. There's the stink of catharsis. Of melodrama and memoir. A writer friend refers to this school as "the-sun-is-shining-the-birds-are-singing-and-my-father-is-on-top-of-me-again" literature. In the lobby outside the hotel ballroom, writers wait, practicing their one big story on each other. A wartime submarine battle, or being knocked around by a drunk spouse. The story about how they suffered, but survived to win. Challenge and triumph. They time each other with wristwatches. In just minutes, they'll have to tell their story, and prove how it would be perfect for Julia Roberts. Or Harrison Ford. Or, if not Harrison, then Mel Gibson. And if not Julia, then Meryl. Then, sorry, your seven minutes is up. The conference organizer always interrupts at the best part of the pitch, where you're deep into telling about your drug addiction. Your gang rape. Your drunken dive into a shallow pool on the Yakima River. And how it would make a great feature film. And, if not that, then a great cable film. Or a great made-for-television movie. Then, sorry, your seven minutes is up. The crowd out in the lobby, each writer holding his story in his hand, it's a little like the crowd here last week for the Antiques Road Show. Each person carrying some burden: a gilded clock or a scar from a house fire or the story of being a married, gay Mormon. This is something they've lugged around their whole life, and now they're here to see what it will fetch on the open market. Just what is this worth? This china teapot, or crippling spinal disease. Is it a treasure or just more junk. Then, sorry, your seven minutes is up. In the hotel ballroom, in those curtained cubicles, one person sits passive while the other exhausts himself. In that way, it's like a brothel. The passive listener paid to receive. The active speaker paying to be heard. To leave behind some trace of himselfalways hoping this trace is enough to take root and grow into something bigger. A book. A baby. An heir to his story, to carry his name into the future. But the listener, he's heard it all. He's polite, but bored. Hard to impress. This is your seven minutes in the saddleso to speakbut your whore is looking at his own wristwatch, wondering what's for lunch, planning on how to spend the stipend money. Then . . . Sorry, your seven minutes is up. Here's your life story, but reduced to two hours. What was your birth, your mother goingPalahniuk, Chuck is the author of 'Stranger Than Fiction True Stories', published 2004 under ISBN 9780385504485 and ISBN 0385504489.