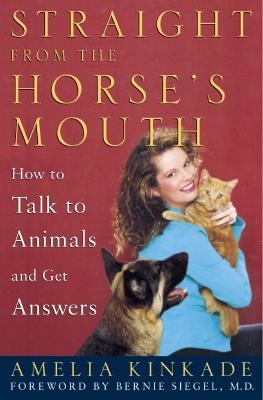 In his strange, not-quite-human way, [Adam] is constantly reminding me that real magic doesn't come from achieving the perfect appearance, from being Cinderella at the ball with both glass slippers and a killer hairstyle. The real magic is in the pumpkin, in the mice, in the moonlight; not beyond ordinary life, but within it. . . . It is a quality of attention to ordinary life that is so loving and intimate it is almost worship. -- Martha Beck, Expecting Adam Rodney Speaks I was as skeptical as any sane person would be that morning, fourteen years ago, when I loaded Rodney, my cat, into his carrier to take him down to the holistic veterinary clinic where a psychic was seeing animals. I was having some problems with Rodney that my regular vet couldn't help, and I figured, why not give the psychic a shot? It seemed a little goofy and I felt a little foolish, but what did I have to lose? No matter what, it was sure to be good for a laugh. I thought at the time, as some of you may think now, that the psychic business is either a hokey sideshow act or a solemn, mystical affair, full of incense-burning Gypsies and weird witches with crystal balls. Boy, was I in for an eye-opener. Gladys, the psychic, wore no heavy eyeliner, no gold hoop earrings or jangling charm bracelets. She was less gypsy fortune-teller and more midwestern grandmother. Were those ketchup stains on her shirt? I was perplexed. When I extracted Rodney from his carrier and put him down on the cold metal table in front of her, he didn't howl like a triggered car alarm or jump off the table, his usual reaction at the vet's. Instead, he sat perfectly still and quietly scrutinized Gladys. He actually seemed startled to see her. She returned his gaze. "What are you doing?" I whispered to her. "I'm talking to him," she replied flatly. You've got to be kidding! I wanted to yell. No incantations? No sweeping arm movements? No speaking in tongues? My curiosity won out over my skepticism. "What does he say?" I whispered. "I asked him what his favorite food is and he says chicken." Good guess, I thought. True, Rodney gobbled up quite a bit of fresh chicken, but what cat doesn't like chicken? Any ninny could have figured that out. "Now I am asking him what his favorite spot in the house is," she said. Again, Gladys did nothing more than look at the little cat, who returned her gaze, nonplussed. The answer must have come to her quickly: "He says he likes to sit on the back of an orange chair that overlooks a window. A chair in the den." "That's exactly right," I gasped. When Rodney was inside the house, he planted himself on the back of the peach-colored armchair in the den. "The window in the den overlooks the yard with the little white dog," Gladys said. "What dog?" I asked. "Across the street from your building is a little dog behind a fence. Rodney likes to go over there and tease that little dog. He walks back and forth in front of the fence to make the dog bark." I cast a fish-eyed glance at him. There was, indeed, a small white terrier behind a fence across the street, but I never dreamed Rodney went over there. "You torment that dog, do you?" I snarled at him. "He's very full of himself," she continued. "He says women are always commenting on the pretty yellow markings on his head. He loves women. He's been told that he's quite handsome." My jaw made a nasty clattering sound as it hit the linoleum floor. My boyfriend's secretary had been visiting our condo only the weekend before, and she had made a huge fuss over Rodney. She had praised the three little stripes on his head and used the very word handsome. I took a deep breath and cut straight to the punch: "So why does he go door to door caterwKinkade, Amelia is the author of 'Straight from the Horse's Mouth How to Talk to Animals and Get Answers', published 2001 under ISBN 9780609607695 and ISBN 0609607693.