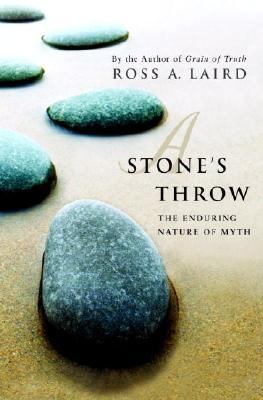 It is quiet on the dock. A speckle of frost on the handrail melts into the wood as I touch it. Trees on the far shore appear black against the slate sky, though a fringe of November light has begun to spread across Point Grey to the south. The eastern horizon is crimson. The water of the bay is now still. An ebbing tide sweeps the rocky beach without a sound. I walk across fir planks to the corner of the dock, where my view of the channel widens. A row of moored sailboats blocks the open water and the tiny island with its cluster of residences; but I look in that direction, and listen. Presently, I see a ripple curving along the white hull of the farthest sailboat: the day's first stirring. And I hear the sound of oars in the water: quiet creak, soft splash, silence, then the patter of droplets. The day unfolds into the rhythm of these sounds. A yellow dinghy comes into view from behind the moored boats. A set of spruce oars moves through the black water. I can see from the shape of the hull steep rake of the bow, wide thwart that it's a Davidson dinghy. Upon the thwart seat, his back to me, his face looking along the channel to the open water, wearing a red windbreaker and a blue hat, my father rows. I wait at the dock's edge. As the dinghy approaches, my father slows, lifts the left oar from the water, and pulls with the right. The boat swings to starboard and comes alongside the dock. He ships the oars as I reach down to the gunwale. I find the cold painter, loop it through the dock ring, and tie it with a bowline. My father hands me a bag of gear and climbs out. The hull rocks gently, and small ripples skitter out into the bay. We say our good mornings. I remark on the cold. He mentions that a Thermos of coffee is in the bag, along with bananas for breakfast. We drive north along the coast, past the islands of Howe Sound, into the mountains. Before the fjord closes in and we lose sight of the wide ocean to the southwest, we see around the back side of a large island, fifteen miles to the west, hazy in the oncoming light the shore where both he and I spent our childhood summers. We can't see the cabin, or the trail that leads up the hillside to a plateau overlooking what seemed, to an eight-yearold, all of creation. But we can see the hill, round and slight at this distance, a bump in a far landscape. The cabin is still in our family, bought by my cousins when my grandmother died, but neither I nor my father has visited there for many years. Sometimes he passes that shore, during trips north on his sailboat. He doesn't stop, though he'd be welcome. He keeps going, into the oncoming breeze that wraps the headland and through the channel to the sea. Steep treed slopes border the road. Far ahead, white peaks are beginning to catch the gathering day. We stop at the diner adjoining the old mine; I'm surprised to find it open this early on a Saturday morning. A logger's pickup sits out front, its owner the only other customer inside. As we select our snacks, the power browns out, the lights flicker, and the waitress pauses, looking both annoyed and hopeful. This stretch of the old road has always felt derelict to me. The mine, once the largest copper producer in the British Empire, is long closed. Almost every window in its terraced superstructure is smashed; its tunnels are now a museum not visited much by travelers driving through the mountains. Southward, the city is spreading in this direction; within a generation, this quiet town will be another burgeoning suburb. Before the mine, in the days when this landscape was not yet populated by ghosts, my greatuncle walked this territory. Just after the First World War, through the days of a long summer, lodging with trappers and homesteaders and sleeping in the rough; hundreds of mLaird, Ross is the author of 'Stone's Throw The Enduring Nature Of Myth', published 2005 under ISBN 9780771045783 and ISBN 0771045786.

2 from $3.77
Loading marketplace prices 2 copies from $3.77 How does the rental process work?
View more