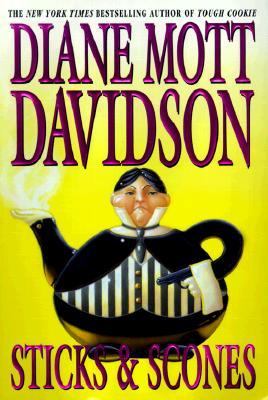 Chapter 1 Nighttime noises are torture. When a midnight wind shrieks through our window jambs, or footsteps clomp past the house, I think, It could be anything. Once a snowbank slid from our roof and thundered onto the deck. I awoke, heart pounding, convinced I'd been shot. It isn't logical, of course. But living with terror for seven years had not made me the most rational of thinkers, least of all when roused from sleep. A sound could be anything? No. It was something. When I awoke at four o'clock on Monday morning, February ninth, those years of dread were long over. Still, I was certain I'd heard a tiny scraping noise, like boots chafing against ice. Think, I warned myself. Don't panic. Heart pulsing, throat dry, I waited for my brain to clear, for the sound to come again. My husband Tom was out of town. Even when he's at home, noise rarely interrupts his slumber. Tom is a big hulking cop, and isn't afraid of much. I shifted in the chilled sheets. The temperature outside was close to zero. Frigid air poured through tiny leaks in our bedroom windows. The noise had come from outdoors, from below, of that I was fairly certain. Now all was quiet. No sound emanated from Arch's room down the hall. Two months from turning fifteen, my son slept so soundly even a howling blizzard would not rouse him. On the first floor, our bloodhound, Jake, was not growling or pacing in his enclosed area next to the kitchen. These were good signs. Maybe I was imagining things. I'd gone to bed too late, after cooking all evening for today's catered event. And I was stressed out, anyway. In December, our family life had been in an uproar. My in-home commercial kitchen had been shut down, and Tom and I had ended up involved in a homicide case at a nearby ski area. To make things worse, on New Year's Eve, right after the official reopening of my kitchen, I'd catered my first party in months. It had gone very badly. Wait. Another unmistakable scrape was followed by a tiny crack. It was like ... what? Elk hooves shattering ice? A pine bough creaking under its burden of snow? Like ... someone opening a suitcase across the street? Who unpacks bags at four in the morning? Henry Kissinger said, Even a paranoid has real enemies. With that in mind, I decided against getting out of bed and peering out a window. My eyes traveled to the bedside table and I reached stealthily for the portable phone. In addition to being paranoid, I sometimes suspected I was an alarmist, or, as the ninth-grade tough guys at Arch's school would say, a wimp. Now, I bargained with myself. One more sound, and I would speed-dial the sheriff's department. I shivered, waited, and longed for the heavy terry-cloth robe hanging in my closet, an early Valentine's present from Tom. Caterers need to rest after cooking, Miss G., he'd said. Wrap yourself in this when I'm gone, and pretend it's me. Of course, I would have much preferred Tom himself to the robe. For the past week, he'd been in New Jersey working a case. There, he reported, the weather was rainy. In Aspen Meadow, I'd told him in our evening calls, each day had brought more snow. Arch and I had made a morning ritual of shoveling our front walk. But daytime temperatures in the mid-thirties had melted our man-made snowbanks, and the nightly freezes transformed the sidewalk into a sheet of ice. So. If someone was on our sidewalk, he or she was on a very slippery slope. I propped myself up on my elbow, yanked up the bedspread, and listened intently. In the neon light cast by the street lamp outside, I could just make out my own reflection in our mirror: blond curly hair, dark eyes, thirty-four-year-old face just a tad round from an excess of chocolate. It was a face that had been happy for almost two years, since I'd married Tom. But nowDavidson, Diane Mott is the author of 'Sticks and Scones' with ISBN 9780553107241 and ISBN 0553107240.