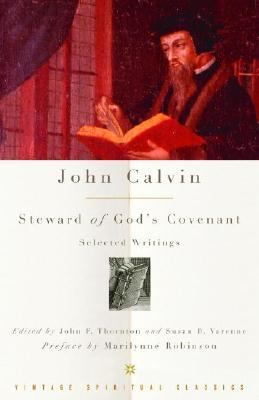 THE NECESSITY OF REFORMING THE CHURCH A Humble Exhortation to the most invincible Emperor Charles V and the most illustrious Princes and other Orders, now holding a Diet of the Empire at Spires that they seriously undertake the task of restoring the Church presented in the name of all those who wish Christ to reign By Dr. John Calvin August Emperor, This Diet is summoned by you in order at last to deliberate and decide, along with the Most Illustrious Princes and other Orders of the Empire, upon the means of ameliorating the present condition of the Church, which we all see to be very miserable and almost desperate. Now, therefore, while you sit for this consultation, I humbly beg and implore, first of your Imperial Majesty, and at the same time of you also, Most Illustrious Princes and distinguished gentlemen, that you will not decline to read and diligently consider what I have to lay before you. The magnitude and weight of the cause may well incite you to an eagerness to listen. I shall set the matter so plainly in front of you that you can have no difficulty in determining what part you must play. Whoever I am, I here profess to plead in defense both of sound doctrine and of the Church. In this character I seem at all events entitled to expect that you will not deny me audience, until such time as it may appear whether I falsely usurp the character, or whether I faithfully perform its duties and make good what I profess. But though I feel that I am by no means equal to so great a task, yet I am not at all afraid that, after you have heard the nature of my office, I shall be accused either of folly or presumption in having ventured thus to bring this matter before you. There are two things by which men are wont to recommend, or at least to justify, their conduct. If a thing is done honestly and from pious zeal, we deem it worthy of praise; if it is done under the pressure of public necessity, we at least deem it not unworthy of excuse. Since both of these apply here, I am confident, such is your equity, that I shall easily approve my design in your eyes. For where can I exert myself to better purpose or more honestly, where, too, in a matter at this time more necessary, than in attempting, according to my ability, to aid the Church of Christ, whose claims it is lawful in no instance to deny, and which is now in grievous distress and in extreme danger? But there is no occasion for a long preface concerning myself. Receive what I say as if it were the united voice of all who either have already taken care to restore the Church or desire that it should be restored to true order. On my side are several exalted Princes and not a few distinguished communities. For all these I speak though an individual, so that it is more truly they who at the same time and with one mouth speak through me. To these add the countless multitude of pious men, scattered over the various regions of the Christian world, who yet unanimously concur with me in this pleading. In short, regard this as the common address of all who so earnestly deplore the present corruption of the Church that they are unable to bear it any longer and are determined not to rest till they see some amendment. I know with what odious names we are marked down for disgrace; but meanwhile, whatever be the name by which it is thought proper to call us, hear our cause, and after that judge what place we are entitled to hold. First, then, the question is not whether the Church suffers from many and grievous diseases, for this is admitted even by all moderate judges; but whether the diseases are of a kind whose cure admits of no longer delay, so that it is neither useful nor proper to wait upon too slow remedies. We are accused of rash and impious innovation, for having ventured to propose any change at all in the former state of the Church. What? Even if it has been done withCalvin, John is the author of 'Steward Of God's Covenant Selected Writings', published 2006 under ISBN 9781400096480 and ISBN 1400096480.