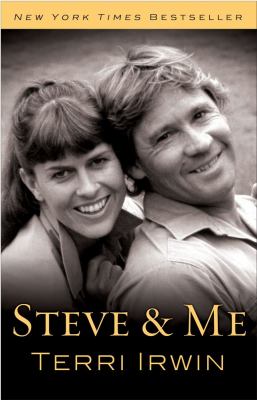 CHAPTER ONE First Encounter The name of the zoo was the Queensland Reptile and Fauna Park. As I crossed the parking area, I prepared myself for disappointment. I am going to see a collection of snakes, lizards, and miserable creatures in jars, feel terribly sorry for them, and leave. It was October 1991. I was Terri Raines, a twenty-seven-year-old Oregon girl in Australia on an unlikely quest to find homes for rescued American cougars. A reptile park wasn't going to be interested in a big cat. I headed through the pleasant spring heat toward the park thinking pessimistic thoughts. This is going to be a big waste of time. But the prospect of seeing new species of wildlife drew me in. I walked through the modest entrance with some friends, only to be shocked at what I found on the other side: the most beautiful, immaculately kept gardens I had ever encountered. Peacocks strutted around, kangaroos and wallabies roamed freely, and palm trees lined all the walkways. It was like a little piece of Eden. After I paid my admission fee, I saw that the reptile enclosures were kept perfectly clean -- the snakes glistened. I kept rescued animals myself at home. I knew zoos, and I knew the variety of nightmares they can fall into. But I saw not a sign of external parasites on these animals, no old food rotting in the cages, no feces or shed skin left unattended. So I enjoyed myself. I toured around, learned about the snakes, and fed the kangaroos. It was a brilliant, sunlit day. "There will be a show at the crocodile enclosures in five minutes," a voice announced on the PA system. "Five minutes." That sounded good to me. I noticed the crocodiles before I noticed the man. There was a whole line of crocodilians: alligators, freshwater crocodiles, and one big saltie. Amazing, modern-day dinosaurs. I didn't know much about them, but I knew that they had existed unchanged for millions of years. They were a message from our past, from the dawn of time, among the most ancient creatures on the planet. Then I saw the man. A tall, solid twentysomething (he appeared younger than he was, and had actually turned twenty-nine that February), dressed in a khaki shirt and shorts, barefoot, with blond flyaway hair underneath a big Akubra hat and a black-banded wristwatch on his left wrist. Even though he was big and muscular, there was something kind and approachable about him too. I stood among the fifteen or twenty other park visitors and listened to him talk. "They can live as long as or even longer than us," he said, walking casually past the big saltwater croc's pond. "They can hold their breath underwater for hours." He approached the water's edge with a piece of meat. The crocodile lunged out of the water and snapped the meat from his hand. "This male croc is territorial," he explained, "and females become really aggressive when they lay eggs in a nest." He knelt beside the croc that had just tried to nail him. "Crocodiles are such good mothers." Every inch of this man, every movement and word exuded his passion for the crocodilians he passed among. I couldn't help but notice that he never tried to big-note himself. He was there to make sure his audience admired the crocs, not himself. I recognized his passion, because I felt some of it myself. I spoke the same way about cougars as this Australian zookeeper spoke about crocs. When I heard there would be a special guided tour of the Crocodile Environmental Park, I was first in line for a ticket. I had to hear more. This man was on fire with enthusiasm, and I felt I really connected with him, like I was meeting a kindred spirit. What was the young zookeeper's name? Irwin. Steve Irwin. Some of the topics Steve talked about that day were wonderful and new. I learned about the romantic life of crocodiles. There are courting rituals between males and females, and the male crocodiles are very gentle as they nudge up and down alongIrwin, Terri is the author of 'Steve & Me' with ISBN 9781416954743 and ISBN 1416954740.