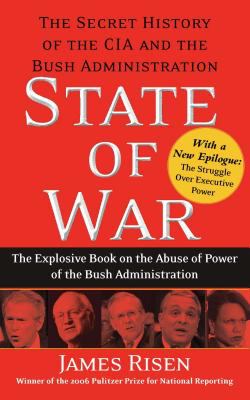 Prologue: The Secret History President George W. Bush angrily hung up the telephone, emphatically ending a tense conversation with his father, the former president of the United States, George Herbert Walker Bush. It was 2003, and the argument between the forty-first and forty-third presidents of the United States was the culmination of a prolonged, if very secret, period of friction between the father and son. While the exact details of the conversation are known only to the two men, several highly placed sources say that the argument was related to the misgivings Bush's father felt at the time about the way in which George W. Bush was running his administration. George Herbert Walker Bush was disturbed that his son was allowing Secretary of Defense Donald Rumsfeld and a cadre of neoconservative ideologues to exert broad influence over foreign policy, particularly concerning Iraq, and that he seemed to be tuning out the advice of moderates, including Secretary of State Colin Powell. In other words, George Bush's own father privately shared some of the same concerns that were being voiced at the time by his son's public critics. Later, the president called his father back and apologized for hanging up on him, and no permanent rift developed, according to sources familiar with the incident. Yet the father-son argument underscores the degree to which the presidency of George W. Bush has marked a radical departure from the centrist traditions of U.S. foreign policy, embodied by his father. Since World War Two, foreign policy and national security have been areas in which American presidents of both parties have tended toward cautious pragmatism. On issues of war and peace, both liberal Democrats and conservative Republicans have in the past recognized that the stakes were too high to risk sudden and impetuous actions based on politics or ideology. Even presidents with strong visions of America's place in the world -- Ronald Reagan, John F. Kennedy -- moved slowly and deliberately before taking actions that might place American soldiers in harm's way. The United States was supposed to be slow to anger. George Herbert Walker Bush grew up within that tradition and embraced it as president. When he went to war against Iraq in 1991, he did so only after Saddam Hussein invaded neighboring Kuwait, and only after gaining the broad support of an international coalition. After liberating Kuwait -- the sole stated objective of that war -- the elder Bush halted American troops rather than march toward Baghdad to topple Saddam. George W. Bush was elected by voters who expected a repeat of the presidency of George Herbert Walker Bush. He reinforced that belief when he said, at a campaign debate in October 2000, that he planned to pursue a "humble" foreign policy: "If we're an arrogant nation, they'll resent us; if we're a humble nation, but strong, they'll welcome us." But after 9/11, George W. Bush parted ways with the traditions of his father, and that decision has had consequences that are still playing themselves out. Above all, it has led to a disturbing breakdown of the checks and balances within the executive branch of the United States government. Among the consequences: a new domestic spying program, a narco-state in Afghanistan, and chaos in Iraq. The National Security Council (NSC) at the White House, created during the Cold War to manage the enormous military, intelligence, and foreign policy apparatus of the U.S. government, has been weak and dysfunctional in the Bush administration, according to many officials who have served in the administration. As national security advisor during Bush's first term, Condoleezza Rice had an excellent personal relationship with the president but lacked sufficient power and authority to get crucial things done. Foreign policy was often forged by small groups in unlikely places, including the Office of the ViceRisen, James is the author of 'State of War The Secret History of the CIA And the Bush Administration', published 2006 under ISBN 9780743270670 and ISBN 0743270673.