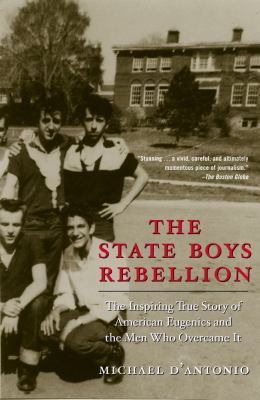 Chapter OneThe snow stopped at about three o'clock in the afternoon. Four boys, aged six and seven, pulled on coats, boots, hats, and woolen mittens and scuffled out to the barn, where a wooden toboggan was propped against a wall. They grabbed the sled and headed for the coasting hill, which was a quarter-mile away, through a leaf-bare apple orchard and a stand of pine trees. The cold froze their breath, and the snow muffled the sound of their voices as they argued over who would get the first ride.When they got to the hill, Freddie, Gordon, Wally, and Foxy stopped for a moment and looked down the slope toward Hoyt's dairy farm. (Freddie, the smallest and youngest of the boys, was frightened by the steep incline, but he didn't show his fear to the others.) In the distance, where the slope ran out, the property line was marked by a stream called Silver Brook, and by twisted strands of rusted barbed wire strung on three-foot-high posts.On the first few runs, the toboggan barely made it through the fluffy powder to the bottom. But as they kept at it, sliding down the same path and trudging up beside it, the boys made a track of packed snow. The toboggan flew faster with each trip down. It also ran a few feet farther, toward the stream.As dusk fell, the boys' cheeks turned red, and they panted as they climbed the hill. Pea-sized clumps of snow hung from their soggy mittens and collected on their socks. Their toes and their ears were numb, but under wool caps their hair was soaked with sweat. They had orders to be home by dark, so there was time for just one more ride. Gordon and Wally climbed onto the toboggan behind Freddie, who had already tucked himself under the sled's curved wooden front. Foxy gave them a big push.With the air growing colder by the second, the track was turning to ice. As the toboggan hurtled forward, Wally and Gordon realized that it was not going to stop before they got to Silver Brook. They tumbled out and yelled for Freddie to jump. Freddie didn't respond. When he finally stirred, it was to lean to the side, steering the sled away from the brook and into the barbed-wire fence.Freddie's face was so numb from the cold that he didn't feel any pain when the rusted barb caught his right cheek. But he did feel a pull, like the tug a fish must feel from a hook and line. When his flesh tore, the wire snapped free. The toboggan skidded to a stop. Freddie rolled out and then sat up. He looked down to see red drops on the snow. The other boys, who had run down the hill, pulled him to his feet and began to walk him back up the slope.When they reached the barn, the warm blood finally thawed Freddie's face and the nerve cells in his cheek began to scream. He cried and the boys shouted for help. Inside the house, sixty-seven-year-old Marion Bond heard them and went to the door. She brought the boys inside, put a hot, wet cloth to Freddie's cheek, and told him to hold it there, firmly, while she telephoned for a doctor. By the time she returned, Freddie was still in pain, but he was more concerned about what Mrs. Bond was going to say and do. She sat down on a chair and hugged him hard, trapping the wet cloth between his face and her breast. He noticed she was warm and smelled like soap. When she let him go, she continued to press the bandage against his cheek, to stop the bleeding. The room smelled like wet wool and sweaty boys.Freddie didn't cry when the doctor arrived and tugged the blood-encrusted cloth away from his wound. He stood bravely as his skin was stitched closed, and he even stayed calm for a tetanus shot. Freddie had always had the ability to retreat into his mind, shutting out whatever physical or emotional pain was at hand. This skill allowed him to feel good about the attention he was receiving. He would forever remember the doctor's visit and his run-in with the barbed wire as a positive experience. The warm cloth, Mrs. Bond's embrace, and even theD'Antonio, Michael is the author of 'State Boys Rebellion', published 2005 under ISBN 9780743245135 and ISBN 074324513X.