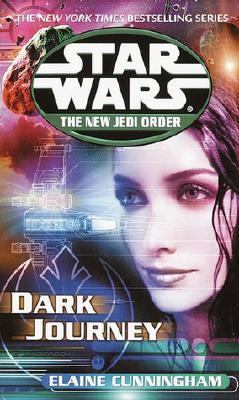 Chapter Two Anakin is dead. Jacen is gone. These thoughts resounded through Jaina Solo's benumbed senses, echoing through an inner silence as profound as that of the watchful stars. These thoughts drowned out the sounds of battle, and the frantic, running commentary of the seven young Jedi who struggled to fly the stolen Yuuzhan Vong ship. Like her companions, Jaina was battered and filthy from days of captivity, and from a battle that had lasted too long and cost too much. Only eight Jedi had fought their way out of the world-ship and onto this smaller ship, bringing with them the body of their young leader. The survivors had taken the Yuuzhan Vong frigate analog quickly, with astonishing ease. Jaina had a dim recollection of searing anger and killing light, of her friend Zekk pushing her away from the pilot's seat and into the Yuuzhan Vong equivalent of a gunner's chair. She perched there now on the edge of the too-large seat, firing missiles of molten rock at the coralskippers pursuing the Jedi and their stolen ship. Jaina watched with a strange sense of detachment as the alien ship released plasma at her command, as the death of coralskippers and their Yuuzhan Vong pilots was painted in brief, brilliant splashes against the dark canvas of space. All of this was a fever dream, nothing more, and Jaina was merely a character caught in her own nightmare. Jacen is gone. It didn't seem possible. It wasn't possible. Jacen was alive. He had to be. How could she be alive if Jacen was not? Her twin brother had been a part of her, and she of him, since before their birth. What they were could not be separated from what they were to each other. Her thoughts tumbled like an X-wing in an out-of-control spiral. Jaina's pilot instincts kicked in, and she eased herself out of the spin. Reaching out through the Force, she strained beyond the boundaries of her power and training as she sought her brother. Where Jacen had been was only blackness, as unfathomable as space. She went deep within, frantically seeking the place within her that had always been Jacen's. That, too, was veiled. Jacen was gone. Jaina did not feel bereft, but sundered. A burst of plasma flared toward the stolen ship. Jaina responded with one of her own. It streamed toward the incoming plasma bolt like a vengeful comet. The two missiles met in a tidal wave. Zekk threw himself to one side, straining the umbilicals on the pilot's gloves in his attempt to pull the ship aside from the killing spray. Fortunately for the Jedi, their Yuuzhan Vong pursuers were also forced to turn aside. This bought them a moment of relative peace--no immediate danger, no obvious target. Jaina twisted in her seat until she could see the world-ship where Anakin had fallen, where Jacen had been abandoned. It seemed odd, and somehow wrong, that such a terrible place could be reduced to a small lump of black coral. "We'll be back, Jacen," she promised. "You hold on, and we'll come for you." I'll come for you, she added silently. She would go after Jacen alone, if it came down to that, as Anakin had gone to Yavin 4 to rescue Tahiri. Now Anakin was dead, and a battered and heart-broken Tahiri watched over his body. The small blond girl blazed in the Force like a nova--Jaina couldn't help but feel her anguish. The severed bond was different from that shared by twins, but perhaps no less intense. The realization hit her like a thud bug. Anakin and Tahiri. How strange--and yet it felt right and perfect. Tears filled Jaina's eyes, refracting an incoming streak of molten gold into lethal rainbows. In the pilot's seat, Zekk muttered a curse and wrenched the frigate's nose up and haCunningham, Elaine is the author of 'Star Wars the New Jedi Order Dark Journey', published 2002 under ISBN 9780345428691 and ISBN 0345428692.