Sport of the Gods 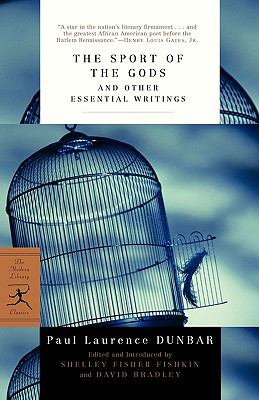 PART ONE Poetry Introduction In 1781 Thomas Jefferson completed the first draft of what would come to be known as Notes on the State of Virginia. At inception, however, it was a collection of responses to a number of queries from a French aristocrat, Francois, Marquis de Barbe-Marbois, who served as secretary of the French legation to the United States between 1779 and 1785. Marbois' queries were wide-ranging, arising out of the science of the time, which had not yet coalesced into discrete disciplines, but instead mingled geology, geography, zoology, physiology, psychology, philosophy, biology, and botany under the rubric of "natural history," a proto-discipline that depended less on systematic investigation, and much less on experimentation, than on personal observation. Jefferson's responses, therefore, though wide-ranging and thorough, were essentially opinions allegedly supported by reason. Jefferson gave a fairly complete and accurate description of the geography, geology, flora, fauna, population, and social organization of Virginia a dispassionate, academic expression by a well-versed Man of Reason, which Jefferson purportedly was. But in the midst of his response to one query, Jefferson seemed to forget he was a member of the American Philosophical Society and became something altogether more agendaed. The query read simply: "The administration of justice and description of the laws?" Jefferson's response began, "The state is divided into counties. In every county are appointed magistrates, called justices of the peace . . ." and continued with a long and tedious summary of Virginia's statutes governing everything from landholding to marriage and naturalization. The discussion became more interesting when Jefferson explained an ongoing revision of the codes intended to remove colonial vestiges, mentioning his own proffered amendment to the revision plan itself: a proposal to emancipate Negro slaves born in Virginia once they had reached majority, at which time, "they should be colonized to such place as the circumstances of the time should render most proper." Although this would not have affected the legal status of slavery itself, applied only to blacks born in the future and would have given slave owners the right to work even those blacks for at least ten years, it was clear that this plan would eventually cause a labor shortage. This Jefferson proposed to remedy by sending "vessels at the same time to other parts of the world for an equal number of white inhabitants; to induce whom to migrate hither." That all this seemed somewhat byzantine, Jefferson acknowledged in a rhetorical question: It will probably be asked, Why not retain and incorporate the blacks into the state, and thus save the expence of supplying, by importation of white settlers, the vacancies they will leave? which he answered with a mordant prediction: Deep rooted prejudices entertained by the whites; ten thousand recollections, by the blacks, of the injuries they have sustained; new provocations; the real distinctions which nature has made; and many other circumstances, will divide us into parties, and produce convulsions which will probably never end but in the extermination of the one or the other race. Jefferson then proceeded to enumerate the "real distinctions" of nature, laying out a series of canards that constitute a systematic codification, not of the laws of Virginia, but of the tropes of American racism. These included: They secrete less by the kidnies, and more by the glands of the skin, which gives them a very strong and disagreeable odour. . . . They are at least as brave, and more adventuresome. But this may perhaps proceed from a want of fore-thought, which prevents their seeing a danger till it be present. .Dunbar, Paul Laurence is the author of 'Sport of the Gods ', published 2005 under ISBN 9780812972795 and ISBN 0812972791.