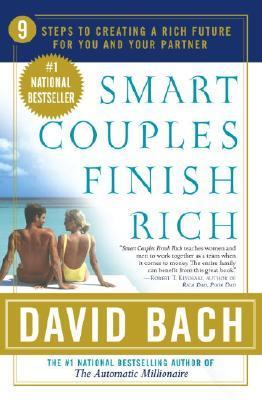 Step 1 Learn the Facts and Myths About Couples and Money John sat in my office smiling from ear to ear. Indeed, he was practically glowing. After putting in more than 40 years as a successful salesman at a printing company, he was just two months away from retirement. He had come to my office with his wife of more than 30 years, Lucy, to make some plans. Excited about getting started on this new phase of their life together, the two were interviewing me to see if I would be the right financial planner for them. As I usually do in such situations, I began the meeting by asking a simple question: "With only 60 days to go, what does retirement look like to the two of you?" John leaned forward confidently. "We're moving to South Carolina, where we own some land," he said, "and, we're gonna build us a little two-bedroom house on a lake and I'm going fishing every day!" With that, he sat back in his chair, grinning like a school kid. Lucy, however, had quite a different look on her face--a combination of anger and disbelief. Glaring coldly at John as if he were a stranger she was meeting for the first time, she asked him, "And who are you planning to move to South Carolina with?" Now it was John's turn to look shocked. "Well, with you, of course," he said meekly. Lucy laughed out loud. "John," she said, "if you think I'm leaving our kids, our grandchildren, and our five-bedroom house in Danville so you can go fishing in Timbuktu, you've got a screw loose!" John looked at me helplessly, then turned back to Lucy. "But we bought that land in South Carolina to build our dream house on when I retired. Remember, honey?" "John, that was 20 years ago!" she snapped. "You haven't even mentioned that land in the last 10 years. I was hoping you'd forgotten about it!" Peter and Mary sat in my office, both completely happy. The day before, after five years of meticulous planning, the two of them--both in their early fifties--had taken early retirement from their respective employers. That's right--two retirements from two separate companies on the same day! They had spent the previous evening celebrating, first at his retirement party, then at hers. The excitement they both felt was contagious. They reminded me of two teenagers who had just graduated from high school. The couple had come to my office to take care of the paperwork for their 401(k) rollovers. Earlier in the day, they had met with their attorney and their accountant. Tomorrow, they would leave to fulfill a long-held--and long planned-for--dream of theirs: to move to an isolated village in Mongolia for two years as part of a church-sponsored program in which they would help build a new school for local children. An automatic payment program had been set up to take care of all their bills, their retirement accounts were fully and safely invested, and their expenses were covered for the next two years. Their kids were in college and the tuition payments were already arranged. Everything had been anticipated. Peter and Mary could not wait to catch their plane and start living out their dream. I've started our journey with these two contrasting stories because they are both true--indeed, they both occurred in my office during the same week--and, taken together, they illustrate just how differently different couples can plan for their future. I'm confident that the first couple, John and Lucy, is not the model you want to follow. The second couple may not be your ideal either (especially if, like me, your idea of retirement isn't an isolated village in Mongolia). But the reality is that Peter and Mary's future does sound exciting. That's because it involves a dream they planned together and are now getting to live together. You can't hear about their story without becoming excited for tBach, David is the author of 'Smart Couples Finish Rich 9 Steps to Creating a Rich Future for You and Your Partner' with ISBN 9780767904841 and ISBN 0767904842.