Sleeping with the Devil 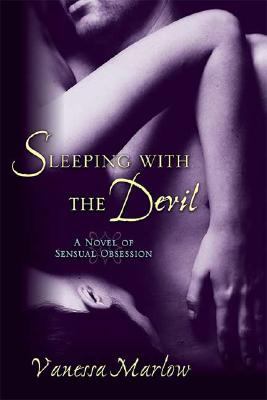 Chapter 1 I met Jordan Blair on a rainy day in January. At the time, I assumed it was a quirk of fate, that we'd crossed paths at the right cosmic moment and everything had clicked into place. Our immediate and potent connection seemed so natural and effortless that it must have been preordained. Of course, now I realize it was a tad more complicated than that. I was fairly sure he'd seen me somewhere prior, and I often wondered if he hadn't been following me and become obsessed, but I never stumbled on any evidence to prove how it had happened. He was the most organized, meticulous person I'd ever known. Nothing with him was random or haphazard, so it was difficult to decipher his motives. Very likely, he'd schemed for months to arrange bumping into me, but the notion of it having been so calculated was too sinister, so I forced myself to believe it had all been chance. I was vacationing on the Oregon coast with my boyfriend, Steve. We were celebrating the one-year anniversary of the first occasion we'd had sexan event I scarcely remembered, but which he recalled fondly. We lived together in a dumpy but cozy apartment in Portland. Steve worked as a salesman in his dad's restaurant supply company, while I was employed at the upscale Mozart's restaurant, where I was a dessert chef. I was twenty-three years old, and I had been in the city long enough for my acquaintances to decide I was a true Oregonian. With my passion for expensive coffee and exotic food, my brown hair with its spiky blond highlights, my clunky jewelry and trendy black wardrobe, I was too typical to be an outsider. I rode the train and pedaled my bike rather than driving a car, although this was a financial choice and not an environmental one. I didn't wear leather and rarely ate meat. I marched in demonstrations at Pioneer Square and was a regular shopper at organic grocery stores. I knew all the dance clubs and where the hottest bands were performing, and even though it rained incessantly, I didn't own a raincoat or umbrella. My salary was pitiful, so I was usually broke, but I loved my job, my life, and Steve. Or at least I thought I did. We'd rented a tiny cottage at a beach hotel, and soon after our arrival, a huge winter gale had blown in. The rain came down in torrents, wind gusts shaking everything so violently that part of the cottage's roof blew off during the night. Though our apartment was only two hours from the beach, I had never visited before that disturbing day, so I wasn't prepared for how awful the weather would be. In Portland, it drizzled politely. On the coast, it was an unrelenting, tempestuous deluge. Steve and I had been trapped inside for nearly twenty-four hours, and we'd started to go stir crazy. We spent the morning in bed, having sex and coffee, but we could only copulate so many times, and we were anxious to do something else. The hotel furnished slickers and boots, so after lunch we donned them and ventured down the stairs that led to the sand. The scenery was fantastic, what we could see of it anyway, with towering cliffs and slamming surf. We lasted about ten minutes, then we were soaked, and we headed back to our room. We read books, we played checkers, and we watched television until the electricity flickered out. Initially it was romantic to sit by the fire, but by evening the thrill was gone, and Steve was pacing like a tiger in a cage. The front desk gave us directions to a restaurant and bar just through the trees, so we bundled up and trudged over, hoping to dine, then quench our boredom with cocktails. Luckily the restaurant was open but serving a lMarlow, Vanessa is the author of 'Sleeping with the Devil', published 2008 under ISBN 9780312364779 and ISBN 0312364776.