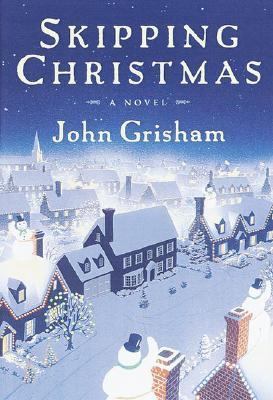 One The gate was packed with weary travelers, most of them standing and huddled along the walls because the meager allotment of plastic chairs had long since been taken. Every plane that came and went held at least eighty passengers, yet the gate had seats for only a few dozen. There seemed to be a thousand waiting for the 7 p.m. flight to Miami. They were bundled up and heavily laden, and after fighting the traffic and the check-in and the mobs along the concourse they were subdued, as a whole. It was the Sunday after Thanksgiving, one of the busiest days of the year for air travel, and as they jostled and got pushed farther into the gate many asked themselves, not for the first time, why, exactly, they had chosen this day to fly. The reasons were varied and irrelevant at the moment. Some tried to smile. Some tried to read, but the crush and the noise made it difficult. Others just stared at the floor and waited. Nearby a skinny black Santa Claus clanged an irksome bell and droned out holiday greetings. A small family approached, and when they saw the gate number and the mob they stopped along the edge of the concourse and began their wait. The daughter was young and pretty. Her name was Blair, and she was obviously leaving. Her parents were not. The three gazed at the crowd, and they, too, at that moment, silently asked themselves why they had picked this day to travel. The tears were over, at least most of them. Blair was twenty-three, fresh from graduate school with a handsome resume but not ready for a career. A friend from college was in Africa with the Peace Corps, and this had inspired Blair to dedicate the next two years to helping others. Her assignment was eastern Peru, where she would teach primitive little children how to read. She would live in a lean-to with no plumbing, no electricity, no phone, and she was anxious to begin her journey. The flight would take her to Miami, then to Lima, then by bus for three days into the mountains, into another century. For the first time in her young and sheltered life, Blair would spend Christmas away from home. Her mother clutched her hand and tried to be strong. The good-byes had all been said. "Are you sure this is what you want?" had been asked for the hundredth time. Luther, her father, studied the mob with a scowl on his face. What madness, he said to himself. He had dropped them at the curb, then driven miles to park in a satellite lot. A packed shuttle bus had delivered him back to Departures, and from there he had elbowed his way with his wife and daughter down to this gate. He was sad that Blair was leaving, and he detested the swarming horde of people. He was in a foul mood. Things would get worse for Luther. The harried gate agents came to life and the passengers inched forward. The first announcement was made, the one asking those who needed extra time and those in first class to come forward. The pushing and shoving rose to the next level. "I guess we'd better go," Luther said to his daughter, his only child. They hugged again and fought back the tears. Blair smiled and said, "The year will fly by. I'll be home next Christmas." Nora, her mother, bit her lip and nodded and kissed her once more. "Please be careful," she said because she couldn't stop saying it. "I'll be fine." They released her and watched helplessly as she joined a long line and inched away, away from them, away from home and security and everything she'd ever known. As she handed over her boarding pass, Blair turned and smiled at them one last time. "Oh well," Luther said. "Enough of this. She's going to be fine." Nora could think of nothing to say as she watched her daughter disappear. They turned and fell in with the foot traffic, one long crowded march down the concourse, past the Santa Claus with the irksome bellGrisham, John is the author of 'Skipping Christmas' with ISBN 9780385505833 and ISBN 0385505833.