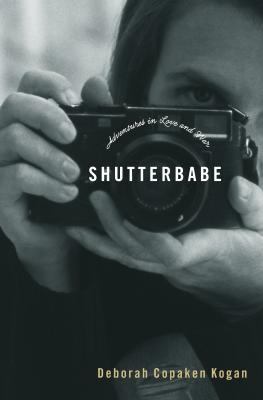 THERE'S A WAR GOING ON, AND I'M BLEEDING. An unfortunate situation, to be sure, but considering it's 2 a.m., fresh snow is falling and I'm squished in the back of an old army truck with a band of Afghani freedom fighters who, to avoid being bombed by the Soviet planes circling above, have decided to drive without headlights through the Hindu Kush Mountains over unpaved icy roads laced with land mines, it's also one without obvious remedy. I mean, what am I supposed to do? Ask the driver to pull over for a sec so I can squat behind the nearest snowbank to change my tampon? I don't think so. It's February 1989. I am twenty-two years old. My toes are so cold, they're not so much mine anymore as they are tiny miscreants inside my hiking boots, refusing to obey orders. In my lap, hopping atop my thighs as the truck lurches, as my body shivers, sits a sturdy canvas Domke bag filled with Nikons and Kodachrome film, which I'm hoping to use to photograph the pullout of the Soviet troops from Afghanistan. Actually, I have no idea how to photograph a Soviet pullout. Though this is my second story as a professional photojournalist, I'm still not clear on what it is photojournalists actually do in a real war. The first story I covered, the intifadah, was more straightforward. Organized, even. I'd take the bus early every morning from my youth hostel in Jerusalem to the nearby American Colony Hotel, where all the other journalists were staying (and where I eventually wound up staying when my clothes were stolen from the youth hostel), and I'd go straight to the restaurant off the lobby. There, I'd ingratiate myself with any photographer I could find who had information about the day's planned demos, his own rental car, and a basket of leftover Danish. After eating, we'd drive around the West Bank and wait for the Palestinian kids to throw rocks at Israeli soldiers, which we knew they would do only once a critical mass of journalists had assembled. Then we'd record the resulting skirmishes onto rolls of color slide film while trying to evade arrest and/or seizure of our exposed films by the soldiers. Next, we'd all rush back to Jerusalem to the Beit Agron, the Israeli press office, where we would lie about what we'd just shot ("religious Jews," we'd say, or "landscapes,") and get our government-issued shipping forms stamped and signed accordingly. Finally, we'd head to the strange little cargo office at the airport in Tel Aviv to send our film on a plane back to our photo agencies in Paris. Simple. But here in Afghanistan the situation is more obscure. I'm alone, for one, which among other things means I have no one to help me figure out basic puzzles like how to get my exposed film out of the mountains. Or how to write captions when no one around me speaks English, and I have no idea where, exactly, these photos are being taken or what it is I'm actually seeing. I'm just assuming that at some point, someplace, I will see some dead or bloody mujahed, or some dead or bloody Russian soldier, or some mujahed firing off his Kalashnikovs, or one of those great big Soviet tanks whose names I can never remember, or, well, something that looks vaguely warlike that I can shoot and sendagain, it's murky to me exactly howback to my photo agency in Paris. I look over at Hashim, who's rearranging blankets, knapsacks and boxes of ammunition to clear more leg room on the crowded truck bed. He yanks my maroon nylon backpack from the center of the pile, fills in the newly empty space with a green metal box, mimes "Can I sit on this?" while pointing at my backpack, and, when I nod yes, he wedges it into a corner and plops his 180-pound rump right on top of it. A gentle crunching sound ensues, followed almost immediately by the smell of rubbing alcohol. Shit. My mind races to try to recall what else, besides the bottle of alcohol, I packed in that outsidKogan, Deborah Copaken is the author of 'Shutterbabe:adventures in Live+war' with ISBN 9780375503641 and ISBN 0375503641.