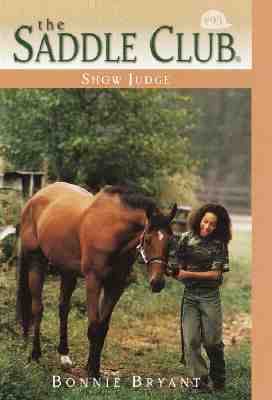 "This is really great lasagna, Mr. Lake," Carole Hanson raved as she wiped her mouth with her napkin. "Maybe the best ever," agreed Lisa Atwood. "This is one of the bonuses when you guys spend the night," Stevie Lake chimed in. "My dad has to dig out this awesome recipe." Stevie's father glowed with pleasure at the shower of compliments. "Mushrooms," he declared. "The secret is mushrooms!" "Lasagna's the only good thing about having a bunch of girls sleeping over," grumbled Stevie's youngest brother. "Michael, don't be rude," Mrs. Lake scolded. "It's always a pleasure having you girls stay with us." "Mom's got a point," Chad muttered from across the table. "With the two of you to distract Miss Motormouth, the rest of us may actually get a chance to use the telephone." Stevie glared at her brother. He might have been older, but there was no way she was going to let him get away with that comment. "Here's a quarter, Chad," she said, flicking a coin at him. "Why don't you call someone who might care?" The quarter landed closer to her twin brother Alex's plate. Faster than a rattlesnake, he snatched it off the table. "Hey!" Stevie protested, holding out her hand for its return. "Finders keepers!" He grinned at her in triumph. "That's enough, you three," said Mrs. Lake. "Now, girls, what time is your Horse Wise meeting tomorrow?" Horse Wise was the name of their Pony Club. They all looked forward to the regular meetings at Pine Hollow Stables. "Mom," groaned Stevie. "It's been at the same time every Saturday for years." "I think your mom was just testing you, sweetheart," her father teased. Chad reached for some more buttery garlic bread. "It's a good thing that test was about horses, otherwise she'd have had zero chance of passing it." "At least I know something about something," Stevie replied tartly. "Even with all the riding lessons you've taken, I could still write what you know about horses on the head of a pin!" "Chad is a pinhead, Chad is a pinhead," Michael began to chant. "Oh, shut up!" said Chad, pinging him with a small bread ball from across the table. Michael ducked. "You shut up!" "No, you shut up!" Michael had an amazing ability to bring older kids down to his own level. Carole and Lisa watched and listened in stunned silence. Neither one of them could ever recall a scene remotely like this taking place in her own home. Carole lived with her widowed father, who was a Marine Corps colonel, and although he was a lot of fun and loved to share silly jokes, there was no way he would put up with this kind of behavior at the table. As for Lisa, she knew the very idea of raising her voice at dinner would upset her mother, who was a stickler for good manners at all times. Even if her older brother had been around more often, she couldn't imagine the two of them behaving like this. "Chad! We do not throw food at the table," his mother chastised him. "Now, don't you have something to say to your brother?" Chad lowered his head. "All right. I'm sorry I dinged you with a bread ball." "And I'm sorry you didn't use something heavier," cracked Alex. Stevie and her twin brother laughed and high-fived each other. Their father ran a hand through his hair. "Settle down, kids. By the way, someone left the back door open again." Chad looked up with the face of pure innocence. "That was Stevie--as usual." He returned to scarfing his food. Stevie ignored the comment and rested her chin on one hand. "What happeneBryant, Bonnie is the author of 'Show Judge' with ISBN 9780553486995 and ISBN 0553486993.