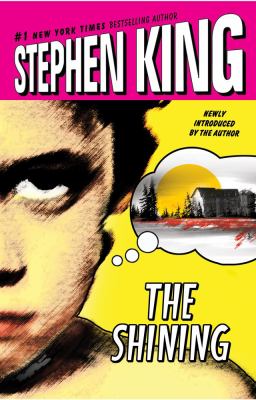 Part One: Prefatory MattersChapter 1: Job Interview Jack Torrance thought:Officious little prick.Ullman stood five-five, and when he moved, it was with the prissy speed that seems to be the exclusive domain of all small plump men. The part in his hair was exact, and his dark suit was sober but comforting. I am a man you can bring your problems to, that suit said to the paying customer. To the hired help it spoke more curtly: This had better be good, you. There was a red carnation in the lapel, perhaps so that no one on the street would mistake Stuart Ullman for the local undertaker.As he listened to Ullman speak, Jack admitted to himself that he probably could not have liked any man on that side of the desk -- under the circumstances.Ullman had asked a question he hadn't caught. That was bad; Ullman was the type of man who would file such lapses away in a mental Rolodex for later consideration."I'm sorry?""I asked if your wife fully understood what you would be taking on here. And there's your son, of course." He glanced down at the application in front of him. "Daniel. Your wife isn't a bit intimidated by the idea?""Wendy is an extraordinary woman.""And your son is also extraordinary?"Jack smiled, a big wide PR smile. "We like to think so, I suppose. He's quite self-reliant for a five-year-old."No returning smile from Ullman. He slipped Jack's application back into a file. The file went into a drawer. The desk top was now completely bare except for a blotter, a telephone, a Tensor lamp, and an in/out basket. Both sides of the in/out were empty, too.Ullman stood up and went to the file cabinet in the corner. "Step around the desk, if you will, Mr. Torrance. We'll look at the hotel floor plans."He brought back five large sheets and set them down on the glossy walnut plain of the desk. Jack stood by his shoulder, very much aware of the scent of Ullman's cologne.All my men wear English Leather or they wear nothing at allcame into his mind for no reason at all, and he had to clamp his tongue between his teeth to keep in a bray of laughter. Beyond the wall, faintly, came the sounds of the Overlook Hotel's kitchen, gearing down from lunch."Top floor," Ullman said briskly. "The attic. Absolutely nothing up there now but bric-a-brac. The Overlook has changed hands several times since World War II and it seems that each successive manager has put everything they don't want up in the attic. I want rattraps and poison bait sowed around in it. Some of the third-floor chambermaids say they have heard rustling noises. I don't believe it, not for a moment, but there mustn't even be that one-in-a-hundred chance that a single rat inhabits the Overlook Hotel."Jack, who suspected that every hotel in the world had a rat or two, held his tongue."Of course you wouldn't allow your son up in the attic under any circumstances.""No," Jack said, and flashed the big PR smile again. Humiliating situation. Did this officious little prick actually think he would allow his son to goof around in a rattrap attic full of junk furniture and God knew what else?Ullman whisked away the attic floor plan and put it on the bottom of the pile."The Overlook has one hundred and ten guest quarters," he said in a scholarly voice. "Thirty of them, all suites, are here on the third floor. Ten in the west wing (including the Presidential Suite), ten in the center, ten more in the east wing. All of them command magnificent views."Could you at least spare the salestalk?But he kept quiet. He needed the job.Ullman put the third floor on the bottom of the pile and they studied the second floor."Forty rooms," Ullman said, "thirty doubles and ten singles. And on the first floor, twenty of each. Plus three linen closets on each floor, and a storeroom which is at the extreme east end of the hotel on the second floor and the extreme west end on the first. Questions?King, Stephen is the author of 'Shining', published 2002 under ISBN 9780743437493 and ISBN 0743437497.