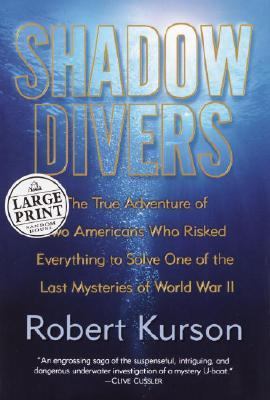 CHAPTER ONE THE BOOK OF NUMBERS Brielle, New Jersey, September 1991 Bill Nagle's life changed the day a fisherman sat beside him in a ramshackle bar and told him about a mystery he had found lying at the bottom of the Atlantic Ocean. Against his better judgment, that fisherman promised to tell Nagle how to find it. The men agreed to meet the next day on the rickety wooden pier that led to Nagle's boat, the Seeker, a vessel Nagle had built to chase possibility. But when the appointed time came, the fisherman was not there. Nagle paced back and forth, careful not to plunge through the pier where its wooden planks had rotted away. He had lived much of his life on the Atlantic, and he knew when worlds were about to shift. Usually, that happened before a storm or when a man's boat broke. Today, however, he knew it was going to happen when the fisherman handed him a scrap of paper, a hand-scrawled set of numbers that would lead to the sunken mystery. Nagle looked into the distance for the fisherman. He saw no one. The salt air blew against the small seashore town of Brielle, tilting the dockside boats and spraying the Atlantic into Nagle's eyes. When the mist died down he looked again. This time, he saw the fisherman approaching, a small square of paper crumpled in his hands. The fisherman looked worried. Like Nagle, he had lived on the ocean, and he also knew when a man's life was about to change. In the whispers of approaching autumn, Brielle's rouge is blown away and what remains is the real Brielle, the locals' Brielle. This small seashore town on the central New Jersey coast is the place where the boat captains and fishermen live, where convenience store owners stay open to serve neighbors, where fifth graders can repair scallop dredges. This is where the hangers-on and wannabes and also-rans and once-greats keep believing in the sea. In Brielle, when the customers leave, the town's lines show, and they are the kind grooved by the thin difference between making a living on the water and washing out. The Seeker towers above the other boats tied to this Brielle dock, and it's not just the vessel's sixty-five-foot length that grabs one's attention, it's the feeling-from her battered wooden hull and nicked propellers-that she's been places. Conceived in Nagle's imagination, the Seeker was built for a single purpose: to take scuba divers to the most dangerous shipwrecks in the Atlantic Ocean. Nagle was forty years old then, a thin, deeply tanned former Snap-On Tools Salesman of the Year. To see him here, waiting for this fisherman in his tattered T-shirt and thrift-shop sandals, the Jim Beam he kept as best friend slurring his motions, no one would guess that he had been an artist, that in his day Nagle had been great. In his twenties, Nagle was already legend in shipwreck diving, a boy wonder in a sport that regularly kills its young. In those days, deep-wreck diving was still the province of the adventurer. Countless shipwrecks, even famous ones, lay undiscovered at the bottom of the Atlantic, and the hunt for those wrecks-with their bent metal and arrested history-was the motion that primed Nagle's imagination. Treasure never figured into the equation for Atlantic shipwreck divers in the Northeast. Spanish galleons overflowing with gold doubloons and silver pieces of eight did not sink in this part of the ocean, and even if they had, Nagle wouldn't have been interested. His neighborhood was the New York and New Jersey shipping lanes, waters that conducted freighters, ocean liners, passenger vessels, and warships about the business and survival of America. These wrecks occasionally surrendered a rare piece of china or jewelry, but Nagle and his kind were looking for something different. They saw stories in the Modiglianied faces of broken ships, frozen moments in a nation's hopes or a captain's dying instinct or a child's potential, and they experienced these scenes unbuffereKurson, Robert is the author of 'Shadow Divers The True Adventure of Two Americans Who Risked Everything to Solve One of the Last Mysteries of World War II', published 2004 under ISBN 9780375433870 and ISBN 0375433872.

4 from $1.14
Loading marketplace prices 4 copies from $1.14 How does the rental process work?
View more