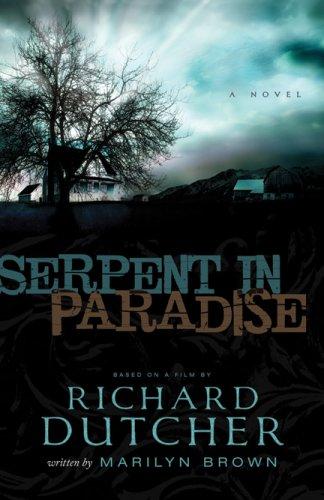 I can think of no LDS fiction writer (except for Orson Scott Card, in a different genre) who has more timelessly cultivated the invidious, possibly barren and reputedly mined no-man''s land between popular and literary fiction than Marilyn Brown. In this new book, she invites us to ponder the entanglements of light and darkness, the tragic and sacramental risks and deeds, in our efforts to gather and live together, to make, sustain, and shelter families and communities. - Bruce W. Jorgensen, Author, Critic, BYU Professor Reviews - While Richard Dutcher''s 2001 film Brigham City and Marilyn Brown''s novelisation Serpent in Paradise tell the same basic story, they are two very different works. Dutcher''s film was an exploration of religious values and the social behaviour these values help shape, wrapped up in a fairly simple murder mystery. Brown uses no mystery tropes (a good idea, since nearly every potential reader has seen the movie), and does very little to probe questions of religious belief and their social repercussions beyond what the movie offered up. Instead, she presents a character study of the two main characters, Wes, the bishop and sheriff, and Ben/Terry, the rapist-murder and deputy sheriff. Brown spends over half the book creating a back story for events of the film and filling in scenes which could not appear in the film without destroying the mystery. Brown is particularly successful in creating a plausible and engrossing back story to explain Terry''s behaviour, going back to his childhood, putting us in his mind and giving the reader an empathetic understanding of what made him tick. She obviously has done some reading of the psychology of violent sociopaths. Brown presents both the sexual and physical abuse he suffered at the hands of his step-father, and the rapes and eventually murders he commits, subtly avoiding the kind of graphic detail that would go beyond bounds of accepted Mormon taste. She does not spoon feed information to the reader, but instead lets our understanding of Terry and the nature of his crimes come out in piecemeal fashion. Rather than making this kind of pathology seem other-humanly, she makes a clear connection between simple obsessions and unholy gratifications to which average readers could relate, and the horrific crimes Terry eventually builds up towards. She skillfully shows how one could let self-justifications of the small crimes eventually build up into justifications of large crimes, and how one can build an internal mechanism that lets such a criminal live with himself. the chapters on Wes''s background are much less compelling. It felt like they were there just to help the plot of the story forward. Once we reach half-way point, where the film begins, Brown follows the film script, but also introduces a few scenes in which she fills in small mysteries from the film, such as the details behind the death of Wes''s wife and child, and what Terry''s relationship was to the California girl whose death was the first murder in the film. Brown has produced some of the most skilfully written literary novels in the Mormon market, and at least in recent years her works have tended to center on dark, difficult topics, which has probably limited potential readers'' interest. This is certainly true in the case of this book. If she wanted to stay true to the spirit of the movie, she probably should have done more to emphasize the healing power of the atonement, as Dutcher did so skilfully in the last scene of the movie. Brown reproduces the scene, and does it well, but she does little else with the theme. Instead, she treats us to the inner thoughts of twisted and rationalizing Terry, and the rather dull Wes. While chapters on Terry''s background are finely crafted and fascinating, I fear that the long periods set in the often dark recesses of his brain, combined with the fact that the movie was a stale five years old when the novel was released, will keep the book from achieving much notice within the community. I hope that readers of this review will overcome these concerns and give the book a try. - Andrew HallMarilyn Brown is the author of 'Serpent in Paradise', published 2006 under ISBN 9781555179458 and ISBN 1555179452.